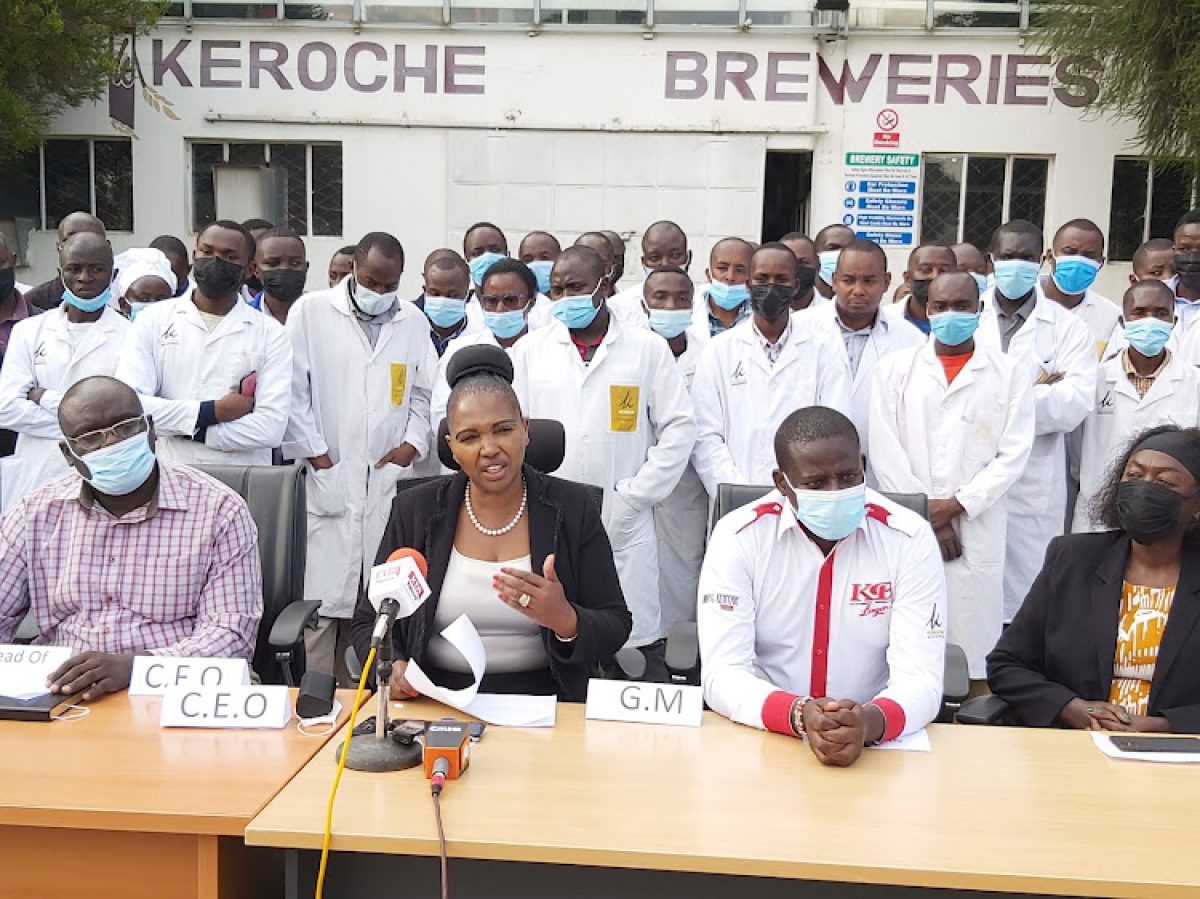 Earlier on, the High Court has ordered Keroche Breweries to pay its former managing director Sam Shollei Sh45.5 million. This is after the company was accused of not informing Shollei the reason for dismissal nor subject him to any disciplinary process in 2018.

Employment and Labour Relations Court judge Hellen Wasilwa noted that “As provided under Section 45(2) of the Employment Act 2007, the termination of the contract was unfair and unjustified.”

Consequently, Shollei sued Keroche for Sh75 million as compensation for unfair and wrongful termination in 2020 saying it failed to follow the disciplinary process and terminated him for no reason.

Through lawyer Daniel Achach, he explained that on or about July 10, 2017, he entered into a contract of employment with Keroche Breweries as a managing director – effective October 1, 2017 for a term of four years—earning a gross monthly salary of Sh2.5 million and other benefits and bonuses.

“The contract provided that it could be terminated by either party giving the other three months’ notice or paying three months’ salary in lieu of notice. But this was later extended to six months,” he had claimed in court documents adding,

“It was a common understanding and agreement however that for the delayed period of October to December 2017, I would be paid half of the salary,” Shollei had argued.

“I was not informed of the reason for the dismissal nor subjected to any disciplinary process as such the termination was unlawful in the eyes of the law,” he argued.

On the other hand, the former MD said that he was fired on November 12, 2018 after he returned from his leave and was denied access to his office. Later, he was informed by his staff that the CEO had informed them in a meeting that he had been dismissed and should not be allowed access to the office. According to the MD Shollei, his personal assistant was later called by the human resources department and handed cheques amounting to Sh7 million in his name purportedly being his terminal dues.

In its defence, the company claimed it terminated Shollei’s contract procedurally due to the poor performance adding that Shollei was always at loggerheads with the policies and ideologies of the top management and tried on various occasion. The company claimed that upon termination, Shollei was paid Sh7 million which included his monthly pay and salary in lieu of the notice.

Subscribe to watch latests videos
In this article:Keroche, shollei