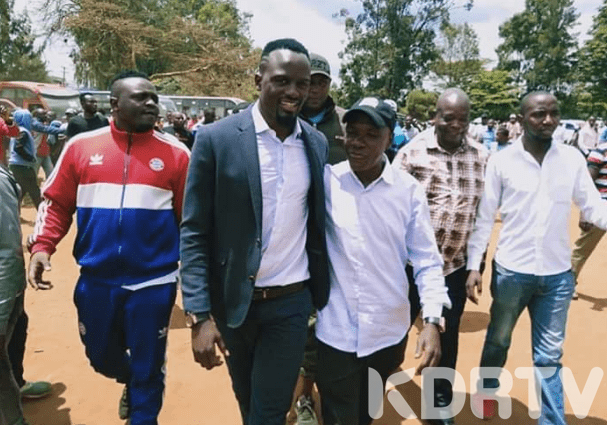 Jubilee flagbearer in the Kibera by-election and former Harambee Stars footballer, McDonald Mariga was on Thursday afternoon trailed from Mayani polling by locals.

Mariga who did not vote but was, however, touring various polling centers to preside over the process was forced to flee in his vehicle.

The police officers were forced to fire in the air to created space for Mariga to flee. However, KDRTV is yet to determine the cause of the drama since the condition looked clam before that scene.

In a viral video, a section of people could be heard yelling at the veteran footballer asking him to leave before gunshots dominated the air.