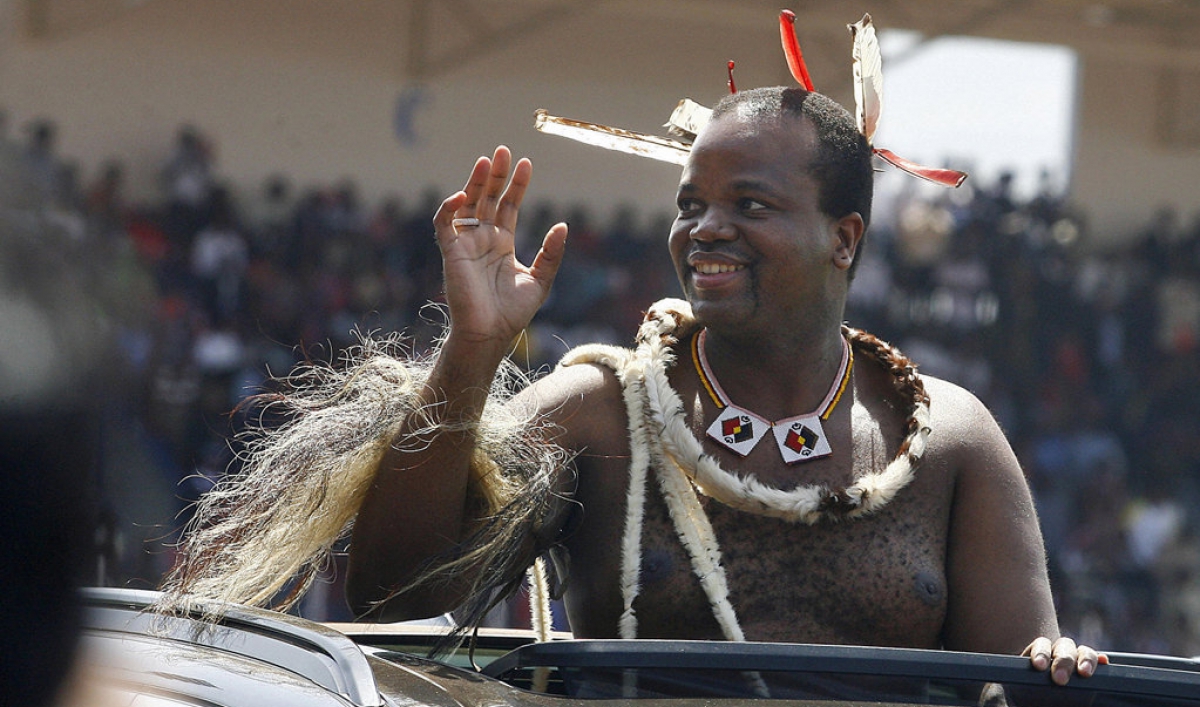 The king of Swaziland King Mswati III has fled from the Kingdom seeking refuge as protests turn violent.

According to sources, Mswati III had to escape protestors went on a rampage and set shops on fire injuring several people in the process.

#EswatiniProtests : King is alleged to have fled amid violent protests. What seems like an uprising is developing against what is seen as ‘autocratic monarchy’ but details still sketchy. pic.twitter.com/JsADvLrUeH

The South African Country has been facing protests for several days in at least 10 different places, forcing the police to disperse protestors with tear gas and live ammunition, leading to injuries.

READ ALSO: Uhuru’s Relative Allegedly Orders Billboard On Her Land Advertising Ruto To Be Pulled Down

The Eswatini leader rules the country as an absolute monarch and he is the one who chooses the prime minister, ministers, judges and civil servants.

Since 1973, political parties have been banned in the country where King Mswati rules as the complete monarch who chooses the Prime Minister, ministers, judges and civil servants. #Swaziland pic.twitter.com/42Lj15QqNN