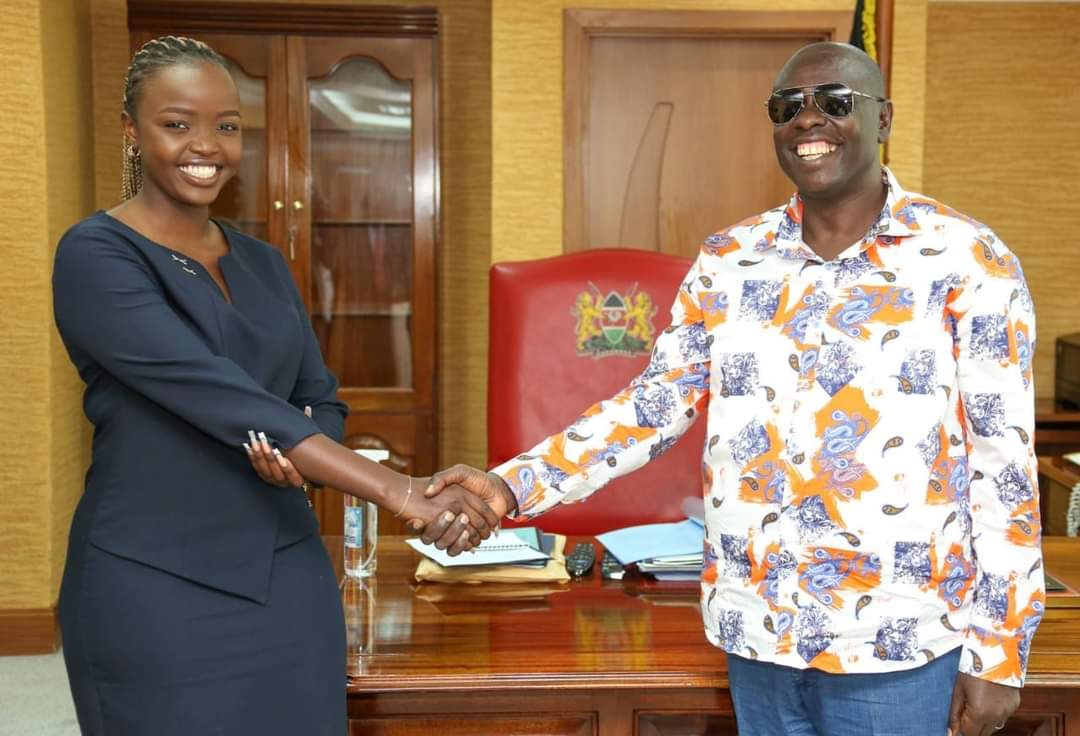 Speaking on Monday October 17 at the World Food Day at Rombo, Kajiado South Sub County the DP stated that Ivy will be working in his Harambee House Annex office.

“This lady called Ivy, she coined Riggy G, I’ve tracked her down and offered her work at my Harambee Annex Office,” he stated.

Ivy, who was given a chance to speak in the event praised DP Gachagua for the opportunity and for ensuring that the Kenya Kwanza administration provides for youths.

“Thank you Deputy president, he offered me a job this morning and he’s very passionate about the youths taking positions in this government. He made a statement this morning asking how long will we keep telling the youths that we are the leaders of tomorrow,” she stated.

“I assure you that he has things in place to ensure the youth take up opportunities so don’t sit and wait for opportunities to come but rather take them up by yourselves,” she added. 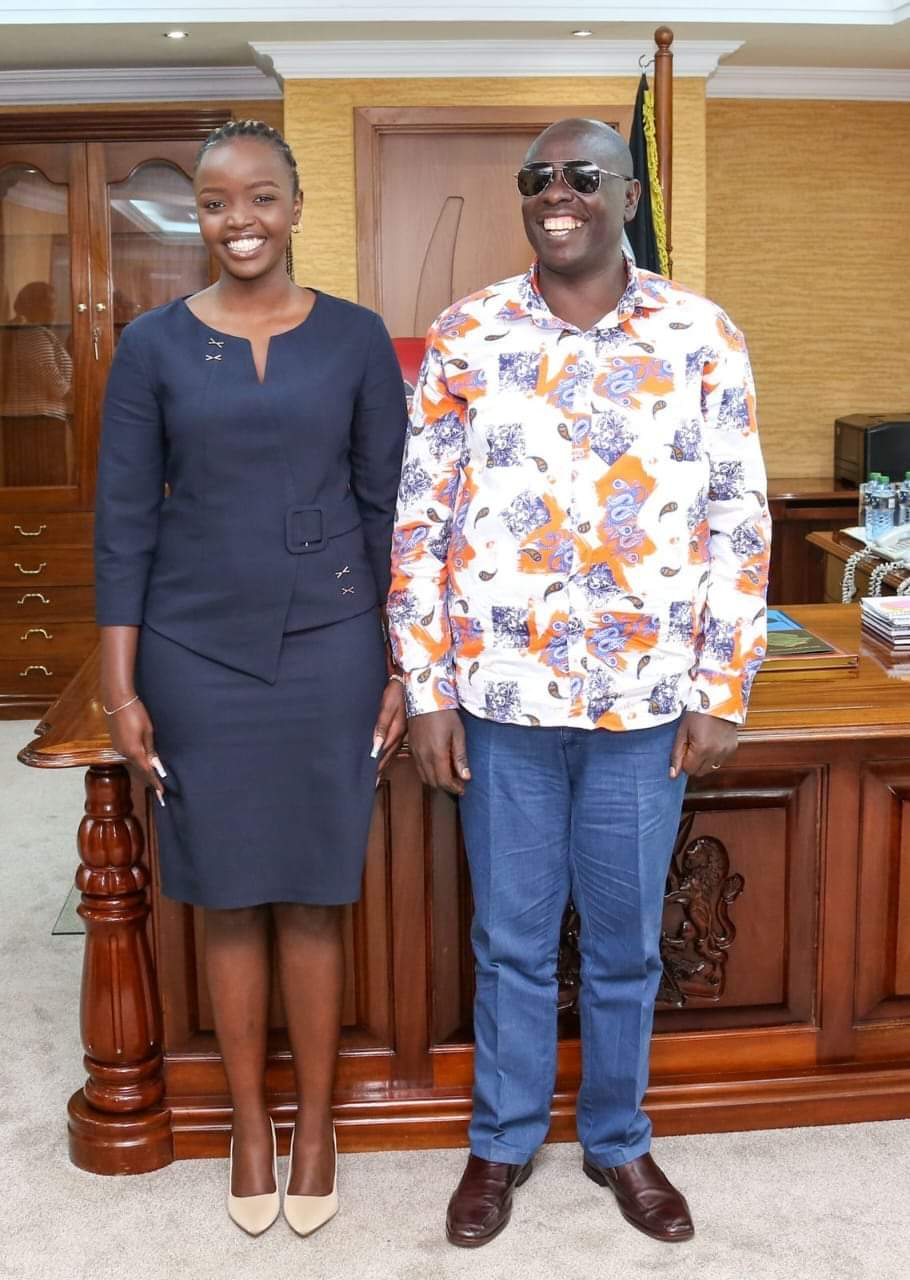 This comes barely a month after Gachagua asked his sons to look for Ivy so that they can meet.

“The young lady who decided that Rigathi Gachagua is a little bit difficult and not melodious, we need to give him the name Riggy G. To encourage our young people, I took up the name in strides. I have told my sons to look for that girl to come we have dinner.”

“I want to encourage that young girl, I will see what I can do for her so that I can see, from my salary, if I can boost her a little bit to be able to do something,” Gachagua said in an interview with Citizen TV.

Ivy had coined the name in July during the deputy presidential debate.