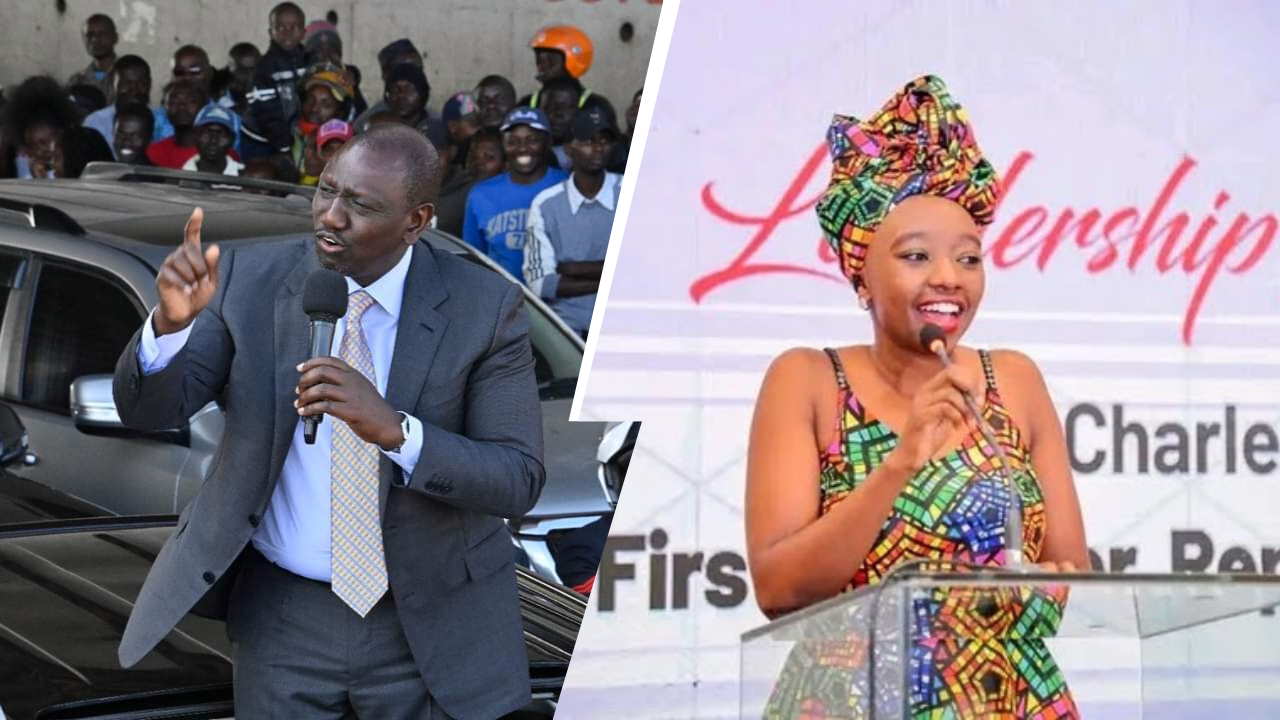 President William Ruto on Wednesday January 4 defended his daughter Charlene after she faced criticism online over holding the office of the first daughter.

Ruto who was speaking during a joint media interview at State House clarified the existence of the office of First Daughter arguing that the remarks by her daughter were out of excitement and that there is no such constitutional office.

“Leave my daughter Charlene alone, these are kids. They are just being children. You know very well that there is no office called the Office of the First Daughter. This is a girl who is being a child, you know? She has this space, and maybe her colleagues are pushing her… telling her ‘maybe we could do this’, but you know, she is… she is okay,” the president said.

“She is just being the daughter of William Ruto, and sometimes she doesn’t know when to separate between me being the President of Kenya, and me being her father,” Ruto added.

Charlene had faced criticism last year after a video of her in Arusha, Tanzania emerged online where she was heard referring to her office as the Office of the First Daughter.

She was forced to issue a statement where she clarified that her office is a private entity and is not funded by the taxpayers money.

“The Office of the First Daughter is a private entity. It is neither a constitutional office nor is it being funded by Kenyan taxpayers. The office runs to purely facilitate the activities of and any programs by Ms Charlene Ruto,”

“The Office of the First Daughter has at all times acted in good faith to ensure that the Kenyan Youth have a voice and get access to opportunities to enable sustainable livelihoods.” Charlene stated.

Also Read: Charlene Ruto Explains Details Of The Office Of the First Daughter, Reveals How its Funded