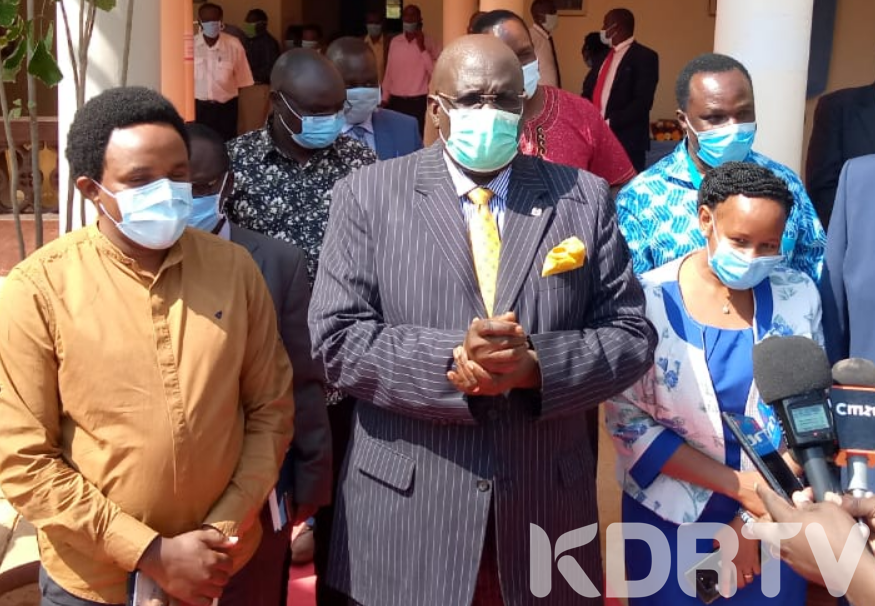 During a presser on Wednesday, the CS however reiterated that schools and parents can also agree to that the paid fees  to cover for next terms when schools will reopen in January.

The new developments have surfaced after Magoha on Tuesday announced the postponement of the reopening of schools which has been pushed forward from September to January.

The CS also announced the cancellation of the academic year 2020 and rendering it wasted owing to the novel coronavirus that broke out globally late last year.

According to Prof. Magoha on Tuesday, certain COVID-19 restrictions measures such as social distancing was not going to be possible in primary and secondary schools.

Magoha also said that there will be no KCPE and KCSE in 2021 “because the current Standard 7 and Form 3 students will, practically, not be able to cover the curriculum load for five terms in one year and sit for the examinations.”

“The number of teachers required will increase because secondary schools will have a challenge of having enough teachers, especially for optional subjects, to meet the demand of split classes. In Form One, the compulsory subjects are 11, which will necessitate employment of more teachers to handle the Form One double intake cohorts,” said the CS.