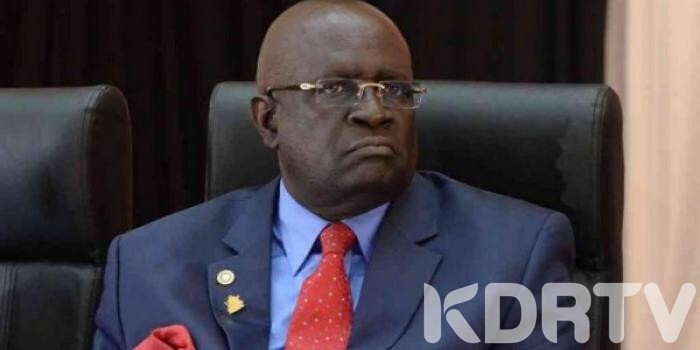 (KDRTV) – Parents are mourning their beloved children, pupils don’t know how to process what just happened. Life will never be the same at Kakamega Primary School following the mysterious stampede that killed at least 13 kids on Monday evening.

However, the able Education CS George Magoha does not see anything bizzare about this and ordered that learning continues at the institution.

Over a dozen of pupils lying in the morgue and over 40 admitted in hospital, then #magoha says pupils should report to school tomorrow! There's a police line of crime scene already installed and the whole school community is mourning fhs #kakamegastampede pic.twitter.com/HuT2cnkH30

Speaking during an interview on Citizen TV on Tuesday night, the CS said there was no need for the learners to miss school. How can the man be so insensitive? 13 is not just a number.

It's so sad to have lost so young lives. I find it insensitive for prof. Magoha to ask parents to take their kids to school tomorrow. The kids are already traumatized. Please give those kids a break to mourn their Classmates😥 https://t.co/juNB3E6GPo

When the news anchor Trevor Ombija asked him why should the kids go to school yet the place is now a crime scene, Magoha said investigations do not lie in his Ministry.

He further went  ahead to claim that the headteacher of the school is a good man.

Why would you say that before investigations begin?

After the public uproar, Magoha has announced for the school to be closed for four days to allow parents and pupils to mourn.

Still this is not enough, we hope the government will provide counselors for the pupils and families of victims.

In a mature democracy, when 13 pupils die, the President suspends his US tour and the Minister of Education resigns.