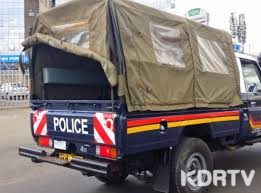 A 22 year old man has been arrested in Tana Delta County after an apparent sexual engagement with a 17 year old form three student from Gadeni Secondary School.

The man is currently in custody and might face serious charges after the investigations are complete as the law is very harsh on defilement of minors, leave alone school going children.

This matter was reported to the police after the public eye spotted a school girl in uniform knocking on a lodging door very early in the morning.

They raised an alarm and moved to the area only for the man to come out of the room with the two girls.

The public confronted the man while at the same time alerted the police.

The police led by the County commandant Fredrick Ochieng arrived at the scene and checked the room that the man together with the student had spent the night.

It was then that they were transported to the police station for further investigation, saving the man from the angry mob that was ready to lynch him to Death.

The County’s education officer Ismael Bellow was informed of the incident before showing up at the station and aiding in interrogating the girls.

The girls were very reluctant to communicate as they were very scared.

However, after a while they opened up on the horrific events of the night.

The student who spent the night with the man confessed to having been defiled and coerced into sexual engagement.

The preliminary results indicated that she had been molested and involved in a sexual activity while the police requested for more tests.

Ideally, it was also discovered that the student who was knocking on the door in uniform had gone to wake up her friend.  She had also been defiled by a boy from Garsen Secondary School the previous day.

School going children are considered minors and any form of molestation of defilement is punishable by the law.

The police commandant of the area confirmed the occurrence stating that the man would be charged and sentenced after investigations were complete.

He also said that they were in pursuit of the boy who had defiled the second victim promising to get a hold of him.