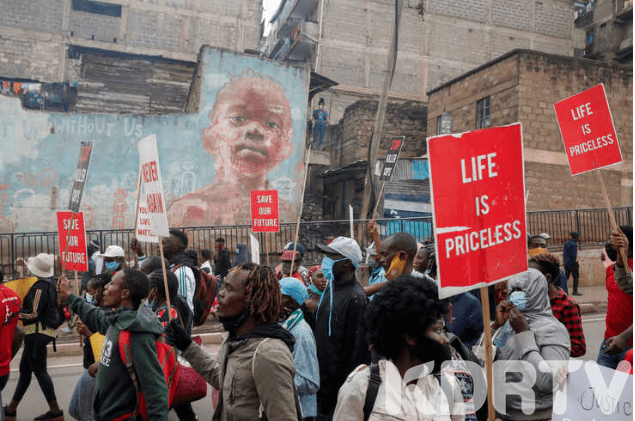 Initially, the curfew order was imposed by the government amid fears of the novel coronavirus infections to halt the spread of the virus.

During the first days of the previously dusk-to-dawn curfew, a section of Kenyans had faulted the police for using excess form to enforce to curfew order.

In a statement seen by KDRTV last week, the Independent Policing Oversight Authority (IPOA) stated that cases of 15 people allegedly killed by the police since the enforcement of the curfew are under investigations

According to rights groups, police are accountable for more than 20 deaths linked to curfew enforcement.

At the same time, IPOA revealed that it has received 87 complaints linked to police action since the curfew started

Initially, there were threats that the protesters could face jail term for defying the social gathering order, however, many demonstrations which took place in the densely populated city slum carried on despite the warnings.

According to our Nairobi correspondent, many protesters were seen wearing face masks

The organizers of the protests also said that the protests  were not in anyway linked to the global protests prompted by the death of African American,  George Floyd who died in the hands of police in Minneapolis

Despite the sentiment, a protester was seen wearing a mask written ‘I cant breath’ similar to those worn by the George Floyd protestants across the globe

Read also: My niece cheating with my husband

However, one of the organizers told the French News Agency AFP, that it is important to stand in solidarity with those encountering police brutality both locally and globally.

“It is important to stand in solidarity with victims of brutality both locally and globally.