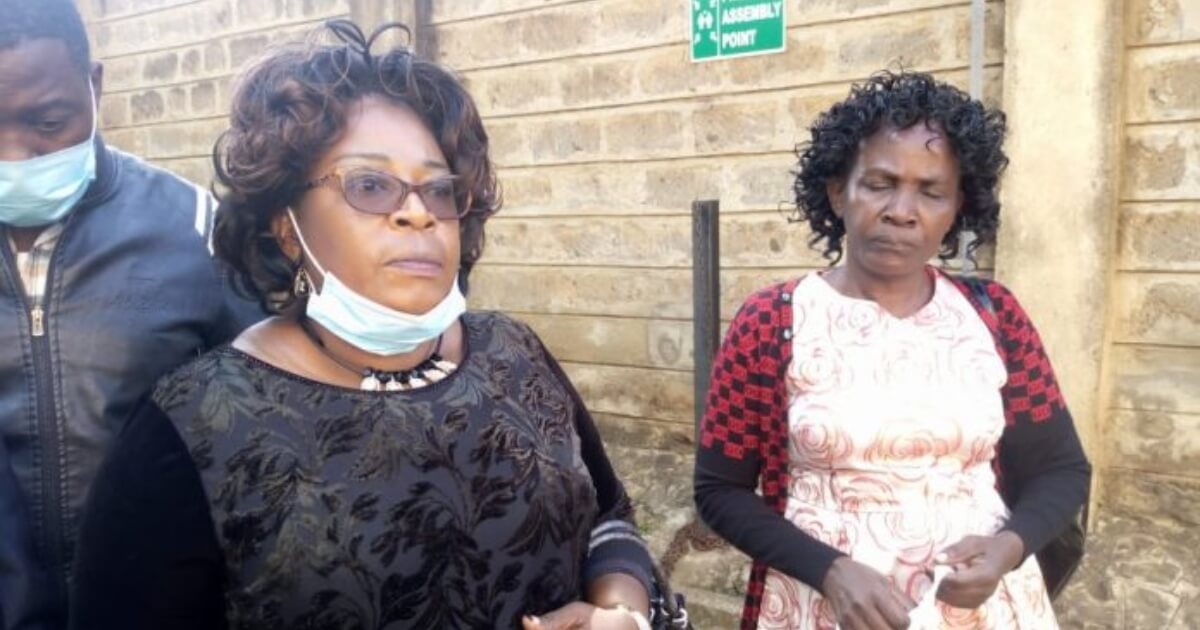 (KDRTV) – Former Matungu MP Justus Murunga’s widow Christabel Murunga and her step-son Eugene Ambwere have both declared interest in the forthcoming by-election, a decision that could divide the family.

KDRTV reported in December that Mrs. Murunga had been cleared by IEBC to run as an independent candidate in the by-election slated for March 4. Her stepson now joins a list of 23 candidates interested in succeeding the lawmaker who passed away in November last year.

Ambwere said that he has joined the race because he wants to complete the projects started by his father as he understands what he had planned for the people of Matungu.

Read Also: The weird reason why Justus Murunga’s body was transferred to Nairobi

“My intention is to complete the term that was left by my father. I understand a lot of ideas he had in mind for Matungu and I just want to fulfil them,” he said in an interview with the media.

The two will face stiff competition from political heavyweights, Raila Odinga, DP William Ruto, and ANC leader Musalia Mudavadi who have fielded candidates in the race.

Mudavadi has already been to the constituency to campaign for ANC candidate Peter Nabulindo. Mr. Nabulindo came second, behind Murunga in 2017.

ODM controversially gave the party ticket to former Matungu MP David Were. The decision was not well received by ODM members in the constituency.

Read Also: Why Boni Khalwale Should Consider Vying in Matungu

Deputy President William Ruto’s United Democratic Alliance has fielded businessman Alex Lanya in the race. Despite being an ANC member, Mr. Murunga was a close ally of the Deputy President. Political analysts believe this could tilt the race towards Tanga Tanga.

Earlier this week, six independent candidates accused the UDA Party leadership of attempting to coerce them into supporting its candidate.

IEBC will vet all candidates from Monday next week.