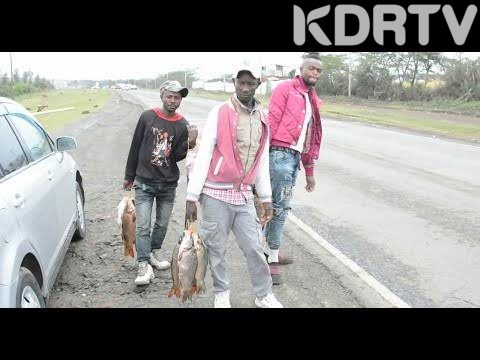 One of the major business along the busy highway of Nairobi and Naivasha is the fish hawking business. Most of its customers are travellers who buy fish on their way to Nairobi.

The fish are usually sold at a low price.

However, senior official from ministry of health has warned the people from buying the fish from the roadside. 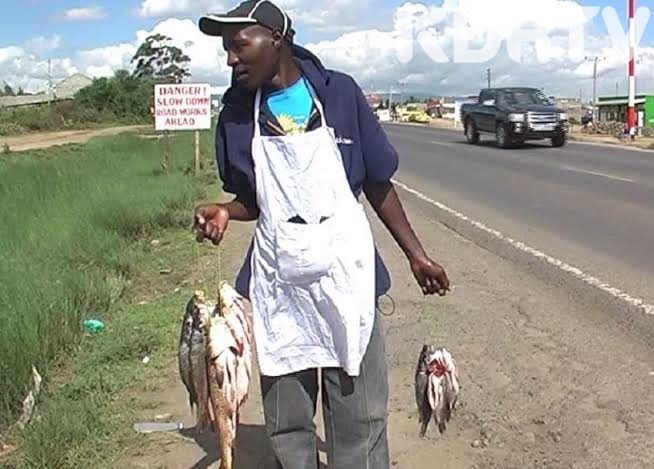 A fish hawker in Naivasha

The official insisted on that the fish are not always properly handled. Most of them could be contaminated because they are not preserved in refrigerated containers.

Most youths have now engaged in the business and they are putting lives of travellers who are buying the fish at risk.

“It is shocking to see the number of people involved in the illegal sale of fish and this might lead to food-borne illnesses,” said the official. Adding, “We cannot even be sure where the fish has been sourced from. The unhygienic environment, notwithstanding.”

Fishery department and public health officials in the area have been called upon to build special facilities to handle the fish properly.

The business has been booming in the area for over years now. Nonetheless, the main concern of the official was how the fish was mishandled. Consequently, this could pause a health risk to most people who buy the fish.