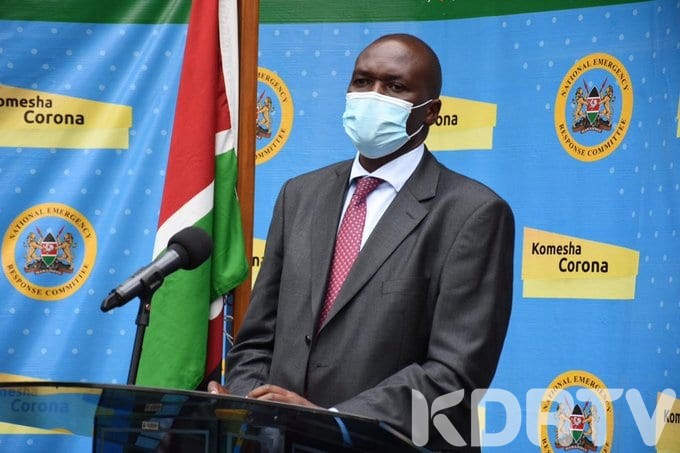 (KDRTV)-Ministry of Health Director-General Dr. Patrick Amoth on Sunday, August 2, clarified that no COVID-19 case has been reported in Samburu county contrary to previous reports.

According to a statement given by MoH Director, the said case was a police officer working in Marsabit and that Marsabit Health Department had been contacted to take over the matter.

“Our Health Promotion Officer has managed to contact the patient reported in the media today as COVID-19 positive and a resident of Samburu. Upon being interviewed, He reported he was tested in Isiolo County on Friday 24th July 2020 enroute to his work place in Moyale where he works with the border Control Unit as an administrative Police officer,” Samburu CDH said.

The MoH further said that discreet measures had deployed to ensure that staff manning Archer`s Entry Point would be tested.

The statement by MoH has surfaced hours after the county government of Samburu refuted reports that the county reported a case of coronavirus on Sartuday.

“We have procured five ICU beds fully equipped with ventilators and two hundred and fifty isolation beds. Our isolation centers are up and running we just need to strengthen a few logistical issues,” he said.