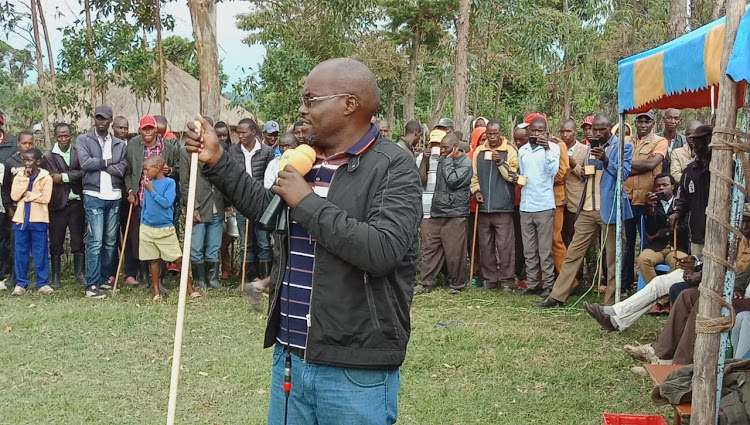 (KDRTV) – Embattled Emurua Dikirr MP Johanna Ngeno has been thrown out by the KANU party after his recent insults to President Uhuru Kenyatta.

Ngeno had been previously told to either resign or be expelled from the party. Losing his position in the party means he will cease to be a lawmaker.

“The way Ngeno has behaved is unbecoming and we, therefore, have to part ways as a party and he has every right to go back and seek re-election on the party of his choice,” KANU Secretary General Nick Salat said on Tuesday.

“We apologize on behalf of the party to the dignity on the office of the people he mentioned is unbecoming of a leader,” Salat added.

He said utterances like that of Ngeno are reckless considering the hardships and difficulties that Kenya has had in the past. He reminded politicians of the 2007/08 post-election violence which landed some people at the International Criminal Court.

Nick Salat: The way Johanna Ngeno has behaved; we have no choice as KANU but to part ways with him. He has to go back and seek the mandate of the people of Emuar Dikirr. #GetTheWholeStory pic.twitter.com/SO8QvlIg4w

Ngeno was on Tuesday charged with hate speech and remarks likely to breach peace after his remarks on President Uhuru Kenyatta and Mama Ngina.

DPP Noordin Haji gives approval for the arrest and prosecution of Johana Ngeno, MP for Emurua Dikirr for uttering statements intended to stir up ethnic animosity amongst different communities residing within Trans Mara area over the weekend.#KomeshaUchochezi pic.twitter.com/d49HxfLwHh

Leaders across the political divide have criticized the MP for his unsavory remarks. Deputy President William Ruto urged leaders to ‘exercise restraint and avoid insults and bad language against other Kenyans.’

Leaders should exercise restraint and avoid insults and bad language against other kenyans.Unsavoury words against mothers and Head of State is a NO, NO. No amount of anger justifies use of offensive insulting language.There exists decent ways to communicate however one feels.

“Nobody should try to take this country to war again because of politics,” Odinga said on Monday.