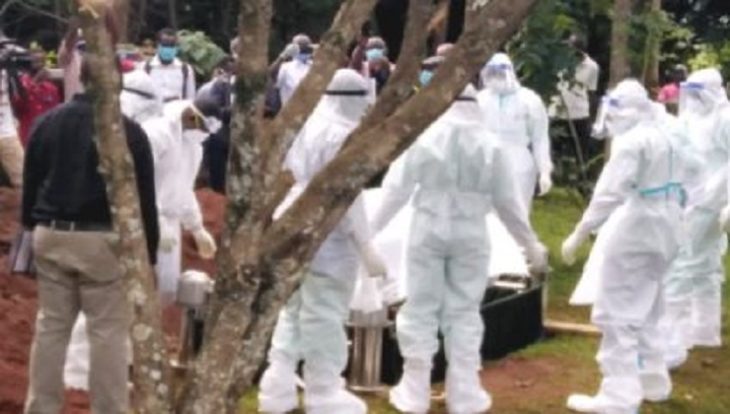 (KDRTV) – According to locals, the eight who include seven health officials and their driver were attacked after burying an elderly man in Thinu village, Ngelani sublocation. The family of the deceased and neighbors attacked the health officials over what they termed as a wrong COVID-19 test.

The family argues that their kin who had been admitted at Machakos Level V Hospital for a long time could have died from the dreaded virus.

READ ALSO: Kalenjin Elders Want Moi to be Buried at Night(Opens in a new browser tab)

“Our health officers had just buried the deceased according to COVID-19 safety guidelines and were on their way out when members of the public and the deceased’s relatives blocked them from leaving the homestead. The officers were, thereafter, beaten up by the crowd, which was accusing them of wrongfully diagnosing the deceased with COVID-19,” Machakos Health CEC Ancent Kituku told reporters.

The County Minister said he called police officers who immediately rescued the officers from the beating.  The incident is under investigation after it was reported at Machakos Town Police Station.

There have been reports that health workers in PPEs are facing animosity from mourners when burying COVID-19 victims.

However, unconfirmed reports indicate that some health workers have taken advantage of the pandemic to bury people who didn’t die from the virus under strict COVID-19 protocol. In some incidents, even accident victims are treated as COVID-19 victims.

Subscribe to watch latests videos
In this article:COVID-19 in Kenya, Machakos