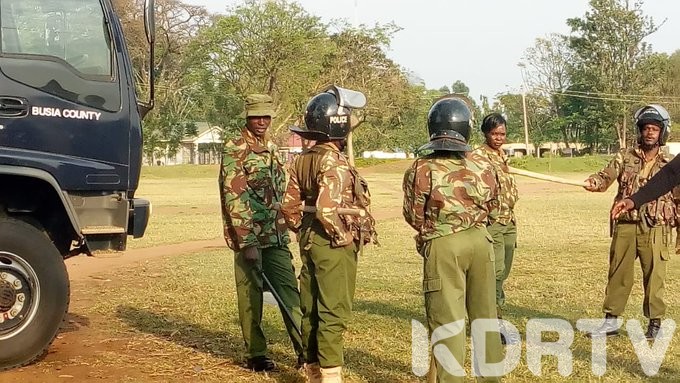 Nabongo ground in Mumias sealed off by police ahead of planned rally organised by a section of Western politicians led by Musalia Mudavadi & Moses Wetangula. pic.twitter.com/QiorzhaxdR

On the other hand, the Bukhungu meeting in Kakamega is lead being ODM leader Raila Odinga, Kakamega Governor Wycliffe Opranya and COTU boss Francis Atwoli and a group of other leaders allied to Raila Odinga

According to our earlier report, the police had earlier canceled the permits including that of the Anti-BBI team asking them to seek for another date

However, the leaders denounced the cancellation and affirmed that they will continue with the meeting saying that it was constitutional for them to gather and deliberate on issues affecting them.

Surprisingly, Mudavadi and Wetangula who were initially supporting the BBI report retreated asserting the Raila Odinga and his ODM party has transformed the BBI report and process to foster their own political agenda