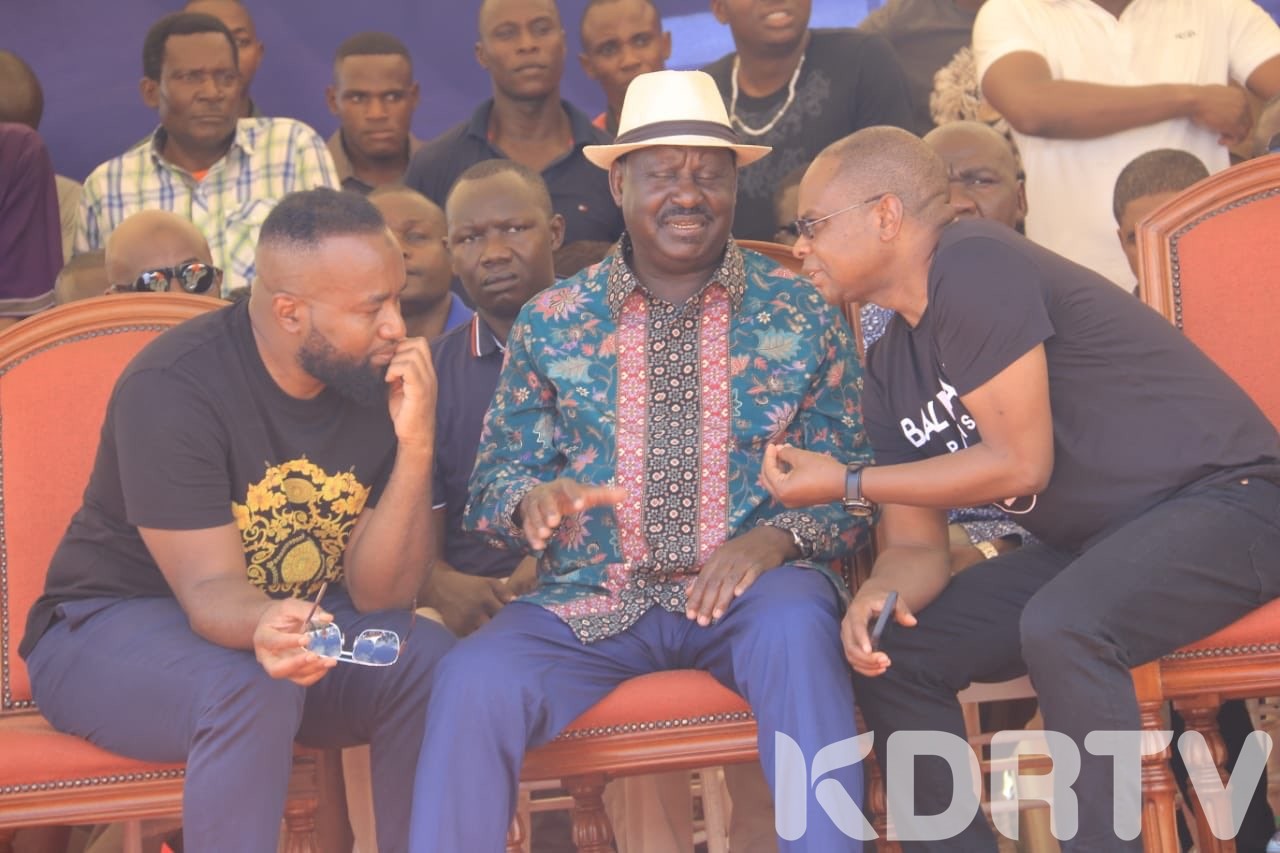 Orange Democratic Movement (ODM) leader and AU high representative of Infrastructure Development Raila Odinga  has said that murder suspects should not be released on bail when taken to court, rather they should remain in custody until investigations were completed.

Raila, while speaking at the funeral of Ngumbao Jola, the uncle to Ganda MCA who was shot referenced Malindi MP Aisha Jumwa’s fate, adding that she should not have been released on bail.

Ngumbao died after a fracas ensued when Aisha Jumwa and her aide stormed the place, caused chaos that erupted to a shoot out .

Following the incident, Jumwa and her aide Geoffrey Okuto spent two nights in the police cell but were later released on October 17, on Sh500,000 cash bail.

This loosely translates to, “The murder suspects were released on bail to allow 21 days of investigations.That is wrong it shows the judicial system has flaws and it needs to be investigated.”

Odinga also said that together with other ODM leaders, they would follow the proceedings of the murder trial and ensure the deceased was served with justice.

He ideally faulted the Malindi MP Aisha Jumwa, for making fun of the situation after being released stating that it was wrong since it affected the family who were yet to bury their kin.

Through a tweet, the ODM leaders thanked the people of Ganda ward for trusting ODM and choosing a leader that would present their grievances.

Joined the people of Ganda in Malindi where we laid to rest Mr Ngumbao Jola, uncle to MCA-elect Reuben Katana Mwamure. We will pursue justice for Ngumbao who was killed in electoral violence. May his soul Rest In Eternal Peace. pic.twitter.com/wrZZYKkAqY