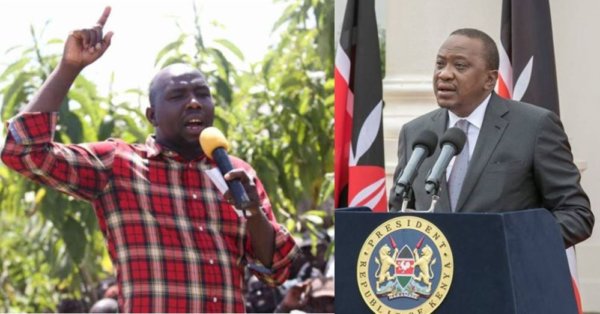 Uhuru was pictured with ODM candidate Omar Boga ahead of last month’s elections. The pictures were widely circulated on social media including on ODM’s Twitter handle.

According to the former Senate Majority leader, summoning Uhuru is the only guarantee that he (Murkomen) will appear at the party headquarters to explain his dalliance with the newly formed UDA Party.

“I dare Tuju and Murathe to jointly summon Jubilee Party Leader for supporting ODM and Kipchumba Murkomen for supporting UDA to the Party Headquarters to answer charges of disloyalty,” Murkomen said.

His sentiments come just a day after it emerged that Jubilee is planning to take disciplinary action against members who have joined UDA.

“Those leaders pushing for the agenda of UDA, including the DP himself, will lose their seats. Just wait, things are cooking,” he said,” Murathe said as quoted by The Standard.

Deputy President William Ruto has not shied away from the fact that he is part of UDA, formally PDR.

The party has fielded candidates in the upcoming by-elections in Matungu, Kabuchai and Machakos.

This, Murathe said, is conflict of interest and punishable.