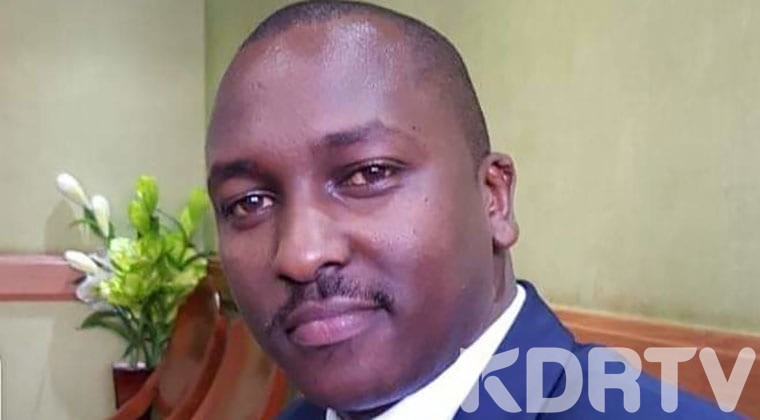 KDRTV-The release of preliminary results for the ongoing investigation of the mysterious death of sergeant John Kipyegon Kenei who was attached to Deputy President William Ruto’s Annex office on Thursday has continued to elicit mixed reactions countrywide.

During a short press release, The Director of Criminal Investigations George Kinoti revealed that Mr Kenei was murdered thus ruling out the possibility of suicide as earlier speculated.

Senate majority leader Kipchumba Murkomen has publicly hit out at Directorate of Criminal Investigations (DCI) over the way it has been conducting the investigation which is being closely followed by the majority of curious Kenyans.

Through a series of tweets, Murkomen  raised so many questions surrounding the investigation after the DCI released a CCTV footage suggesting that Ex-Sports cabinet secretary Rashid Echesa and two unidentified foreigners visited Ruto’s office and had a meeting for over one hour.This heavily contradicts Ruto’s statement that Echesa and his guests spent only 23 minutes at his office.

“DCI spent the afternoon discussing Harambee Annex&shared nothing concerning the scene where Kenei was killed?Where are the pictures of the scene taken by DCI officers?Why was the body moved by DCI officers&later returned to the house?Mr.DCI stop the drama&tell us who killed Kenei,” reads one of Murkomen’s Tweet

While calling for justice for the slain AP officer, Murkomen warned the DCI against covering the results of their investigations.Murkomen further demanded that Kenyans should know the identity of the two foreigners, their mission and why they have not been arrested even at the climax of the case.

“We want justice for Kenei.We want the truth. DCI must stop coverup. Who are the 2 foreigners that accompanied Echesa?Are they mercenaries for hire? What is their mission in Kenya & DP office?Why aren’t they arrested?Who was communicating with Kenei,” Murkomen added in a different tweet.

Sergeant Kenei’s lifeless body was found on February 20 at his house in Villa Franca Estate in Imara Daima only a day before he was expected to record a statement at the DCI headquarters the Sh40 billion fake arms deal case, in which former Sports Cabinet Secretary Rashid Echesa and three others have been charged in court.

Kenei was on duty when the troubled ex-CS visited Annex and reports indicate that he is the one who received Echesa and his team to allegedly finalize their fake deal.