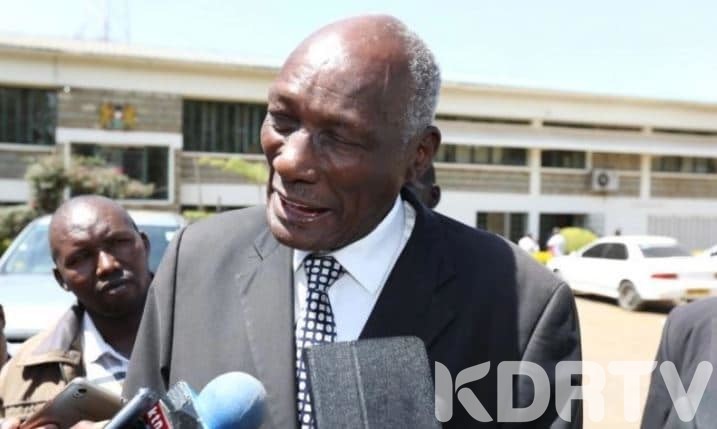 (KDRTV) – Controversial Eldoret based tycoon Jackson has announced that the highly anticipated Men’s Conference 2020 will not be postponed in the aftermath of the death of former President Daniel Arap Moi.

Speaking during an interview with Citizen TV from his Uasin Gishu home, Mzee Kibor was asked if he was contemplating to postpone the conference to allow for members to mourn Mzee Moi.

“Moi is gone and us postponing Men’s conference will not bring him back. The conference must go on,” Kibor said.

Moi will be interred at his Kabarak home on Wednesday next week. The government has announced that a public funeral will be held at Kasarani Stadium on Tuesday. Though the date and venue of the Men’s Conference has not been announced, it is expected to take place on or around Valentine’s Day. Valentine’s will be on Friday next week.

Several events scheduled for next week have been cancelled or postponed in honour of the retired President.

The BBI steering committee announced on Tuesday that it had postponed all forums and meetings in honour of Mzee Moi.

Tanga Tanga has also postponed its Nakuru BBI rally which had been slated for February 7.

Mzee Kibor is seen as the face of the men’s conference after leading the first successful event in October last year. The controversial conference was held at  Noble Hotel in Eldoret. The conference is meant to provide an escape route for men from their demanding women on Valentine’s.

Kibor has divorced his two elderly wives in recent years. The controversial farmer is currently married to Eunita Kibor, a woman young enough to be her lastborn. But as they say, the heart wants what it wants.