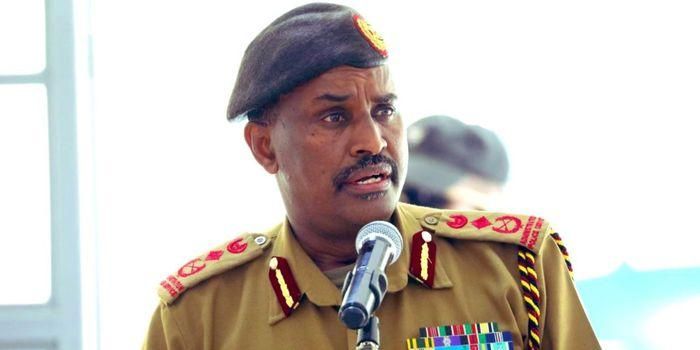 The National Police Service (NPS) has requested Kenyans to avoid gathering at the Supreme Court on Monday as the Judges led by CJ Martha Kooke are scheduled to give a ruling.

In a statement posted on social media, acting Police Inspector General Noor Gabow stated that there will be limited access to the apex court on Monday.

Some of the roads near the Supreme Court will also be closed and traffic police will be deployed to direct traffic around the court premises.

“We wish to advise the general public to avoid gathering at the Supreme Court during the Ruling, or congregating in public gatherings, but follow the proceedings from the comfort of their homes. Access to the Supreme Court shall be limited to the public, and all roads leading to the court premises shall remain closed,” the statement by Gabow read.

He urged Kenyans not to panic since the Supreme Court will rule on the presidential case, insisting that every precaution had been taken to preserve national security.

Gabow also asked Kenyans to remain cool and advised people not to leave their houses out of fear of impending chaos.

“As the National Police Service, we have taken all the necessary steps and measures to enhance security in all parts of the country, including all critical infrastructure. The public should not therefore panic and migrate from their homes or ordinary places of residence in fear and anticipation of chaos,” Gabow stated.

Gabow has been at the helm of the National police service as the Inspector General of police Hillary Mutyambai has been in hospital after he collapsed at his Karen home.

Mutyambai said August 26 he will be away from the office to attend a medical checkup.

“This is to inform the general public that I will be away from the office attending to a medical checkup effective today, 26th August 2022,” he said in a statement.