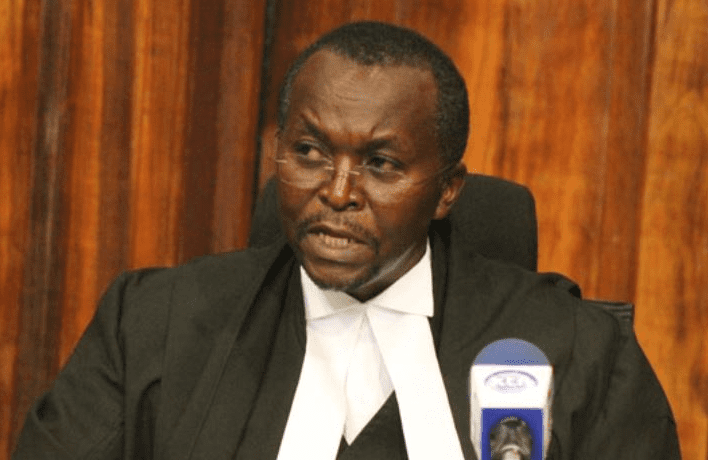 Daniel Musinga the New President of Court of Appeal

KDRTV has confirmed that Justice Daniel Musinga has been elected to replace Justice William Ouko as the President of the court of Appeal.

According to our previous reports, Justice William Ouko was last Friday sworn in as a judge of the Supreme Court.

The new court of Appeal President was elected in Nairobi on May 24 2021.

Musinga previously served as the chairperson of the Judiciary Committee on Elections.

Justice Musinga was introduced to the bar in 1988. Thereafter, he was posted in Nakuru and until December 2007 before he was admitted o the bench at the High Court in Kisii between 2008 and 2010 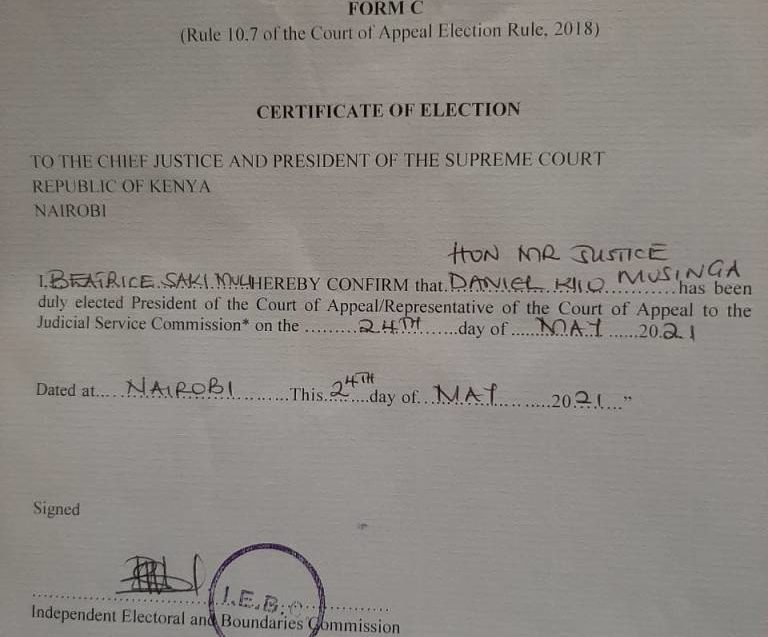 The letter confirmation the election of the new President