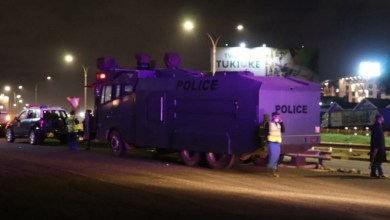 Two police officers are nursing injuries after being hurt while enforcing curfew.

The two cops are among six people who were injured after a lorry rammed into a police canter belonging to officers enforcing curfew along the busy Thika Superhighway.

The incident happened on Monday, April 19 night at the GSU area roadblock, KDRTV.co.ke has learnt.

The two police officers identified as Joseph Kiminda and Geoffrey Sigolia were rushed to Nairobi West Hospital for treatment following the incident. 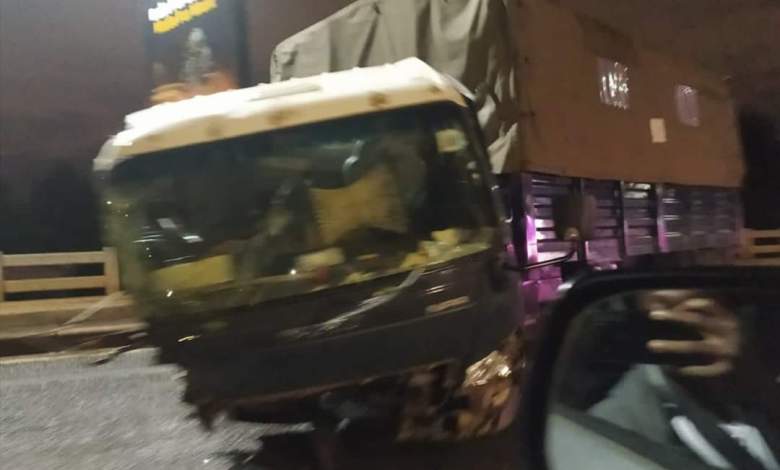 Police report indicated that one of the cops, Joseph Kiminda was rushed to the hospital while in critical condition.

His counterpart is said to be in stable condition and recuperating well.

KDRTV.co.ke understands the other four victims were civilians and were rushed to the Kenyatta National Hospital after sustaining different degrees of injuries.

The lorry, which is a Mitsubishi FH with registration number KCT 179T was carrying three people, the driver, identified as Elias Mwaniki and two other males.

It was reported that the lorry which was ferrying rice to Nairobi rammed into the police Isuzu Canter NPR with registration number GKB 384T, which had been parked on one side of the road. 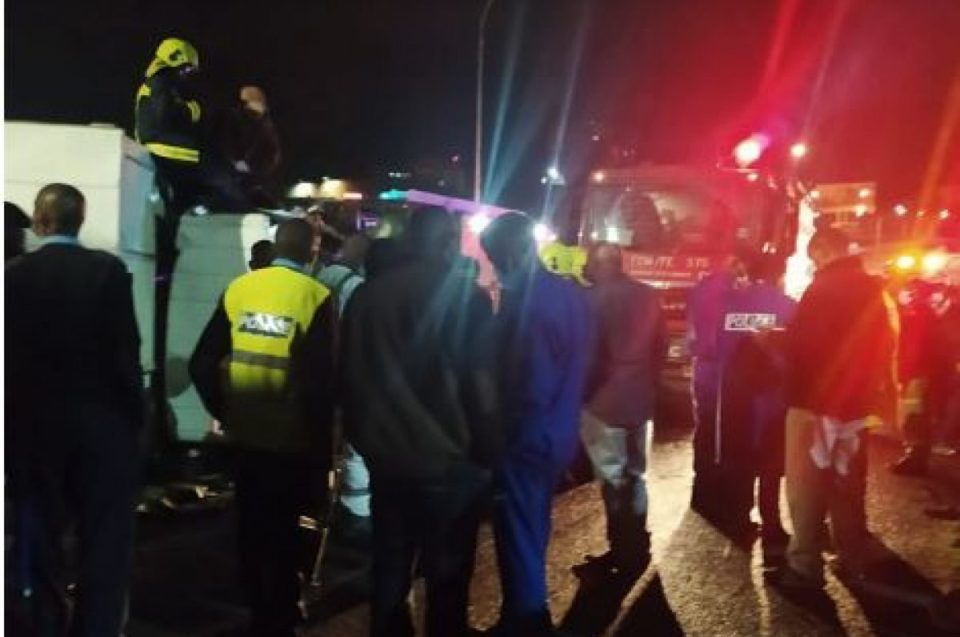 Police found out the driver, Mwaniki was under the influence of alcohol and arrested him on the spot.

Mwaniki is expected to be arraigned at the Makadara Law Courts on Tuesday, April 20.

This comes just days after hundreds of motorists and commuters using the busy Thika Road were stranded for hours following a police decision to erect a roadblock.

KDRTV.co.ke had earlier reported how the aforementioned were blocked for violating curfew hours.

While police caused discomfort to many with their move, they gave curfew violators a rare treat by lighting up a bonfire to keep them warm during the night.

The road was, however, let free and people rushed home albeit a disappointed lot.