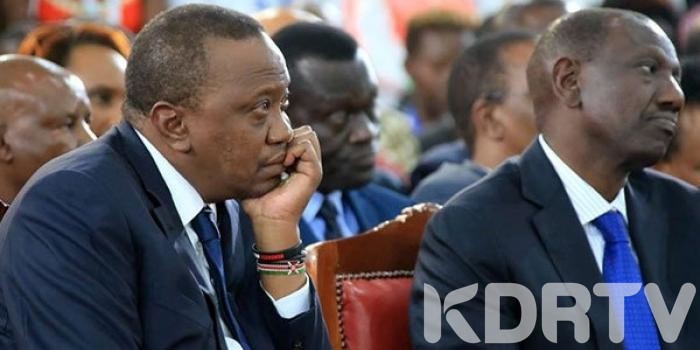 Ruto has been campaigning on the platform of the poor vs the rich, where he argues that it is time for people for well-off political dynasties to leave the leadership of the country to sons of nobodies (Kenyans whose fathers had nothing).

The Hustler Movement has specifically targetted the Kenyatta, Moi, and Odinga families which have dictated Kenyan politics since independence.

But the President, speaking at a Kikuyu radio station on Monday, asked whether a son of a doctor should be prevented from being a doctor based on the same logic.

“If someone wants to use the logic that because my father was President and now I am President, our family is a dynasty. Does that mean that if your father was a doctor you should not be one?” Uhuru posed.

This was the second time in less than a month that Uhuru has addressed the issue of dynasties vs Hustlers.

At a funeral in Vihiga recently, Uhuru warned that he might as well come up with the logic of two tribes vs 40 to counter the hustler strategy. He argued that Kalenjins and Kikuyus have held the leadership of the country for far too long and it could be time to hand over to other tribes.

“The dynasty narrative is misplaced. My proposal on a rotational presidency was informed by the need not to put a section of a community against each other,” he said on Monday.

In Monday’s interview, Uhuru reiterated that he is not interested in staying in power after the 2022 elections. He however said that he will be ready to serve the country in any other capacity.

He also warned his political detractors against insulting him, saying that he will allow that to go on as long as it doesn’t destabilize the country’s peace.

'' They (my political opponents) think if they insult me, I will send police to arrest them. Continue insulting me. I am busy at work." -Uhuru Kenyatta #UhuruSpeaks pic.twitter.com/5Pae45osbR