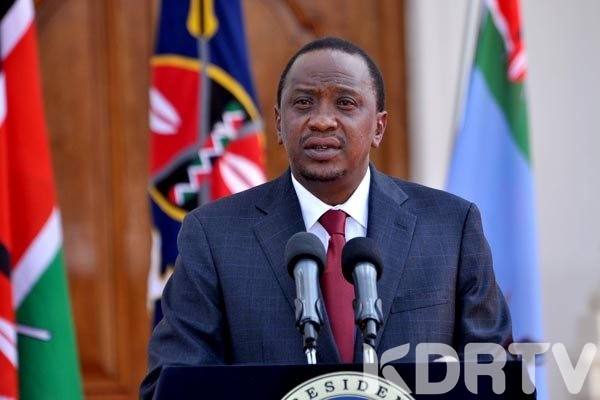 Uhuru Nominates Margret Nyakago As The New Controller Of Budget

KDRTV-The State House has cancelled president Uhuru Kenyatta planned trip to Vincate, Rome in Italy following the Coronavirus epidemic which has continued to spread to different parts of the world.

The head of state was expected in Rome on 10th of this month for a visit which took four days to 14th. Uhuru was also expected to meet

Catholic Church and sovereign of the Vatican City State Pope Francis.Preparations for the visit were already at the peak and a team from the State House was already in Italy to arrange for Uhuru’s arrival before the visit was canceled.Italy has become a European hub for the coronavirus outbreak and is the worst affected country in Europe , with more than 2,000 people infected and 52 deaths.Pope Francis had also hit the headlines after he displayed symptoms of the respiratory infection but was confirmed negative after a test.

Another high profile event which was to be presided over by Uhuru was aborted on Friday when the Coronavirus outbreak was confirmed in the country.Uhuru was expected to host Somalia President Mohamed Farmaajo and Ethiopian Prime Minister Abiy Ahmed at State House Mombasa over the deteriorating relations between Nairobi and Mogadishu.

READ ALSO:Why Closing Schools Over Coronavirus May be a Huge Blunder

In an official letter written by Kenya’s  Ministry of Foreign Affairs,the ministry notified the two countries that the summit which was slated for 16th after Uhuru’s arrival from Italy  had been called off. “It will not be possible for the Kenya-Somalia-Ethiopia Tripartite Summit to take place as earlier scheduled on March 16, 2020,” the Foreign ministry wrote as reported by the Daily Nation.

Coronavirus was first reported in Wuhan China late last year and has since claimed over 3,000 lives and left more than hundred thousands people affected globally.

The first case in Kenya was confirmed on Friday and Kenyans have been advised that stay safe and remain calm as the ministry of Health Continues to give updates and safety measures to help in curbing and spending of the disease which has left many Kenyans in panic mode.