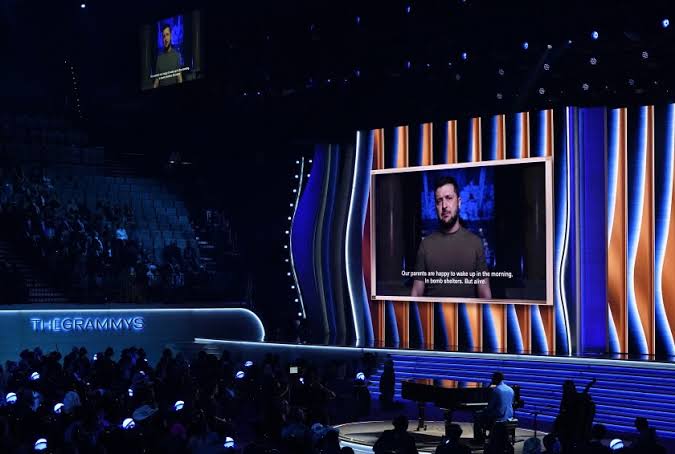 Ukraine’s President Volodymyr Zelensky conveyed a pre-taped powerful message to the Grammy Awards on Sunday evening regarding the ongoing war.

“Our musicians wear body armour instead of tuxedos,” he told stars including Lady Gaga and Justin Bieber, relating to the ongoing war with Russia. The president has condemned the war citing that Russia went ahead and committed genocide. 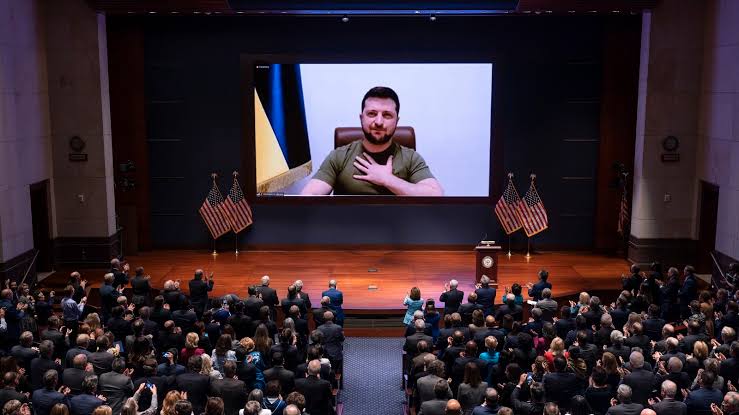 Zelensky believes that music can be used as a tool to spread message of peace and harmony during Ukraine difficult moments.

“They sing to the wounded in hospitals, even to those who can’t hear them. But the music will break through. Fill the silence left by Russian bombs “with your music.” Zelensky said in the taped message.

The video taped message was played during the performance by John Legend when he sang his new song, named Free.

John Legend was joined on-stage by Ukrainian musicians Mika Newton and Suzanna Iglidan, while a poem was read by their compatriot Lyuba Yakimchuk, who recently fled the country.

Most of the songs played during the Grammy awards were relating to the ongoing war in Ukraine. “Rain down freedom until we’re all free” was sang by John Legend, who was also chaperoned by a gospel choir.

Nonetheless, as the team were playing as photos of the affectedd people were displayed.

However, before John Legend’s performance Mr Zelensky asked: “What’s more opposite to music?

Read more Investigations to be done after Bucha Massacre

“The war doesn’t let us choose who survives and who stays in eternal silence.” he added.

At the end of the speech, President Zelensky wished that his people would “be free like the people on the Grammy stage.”