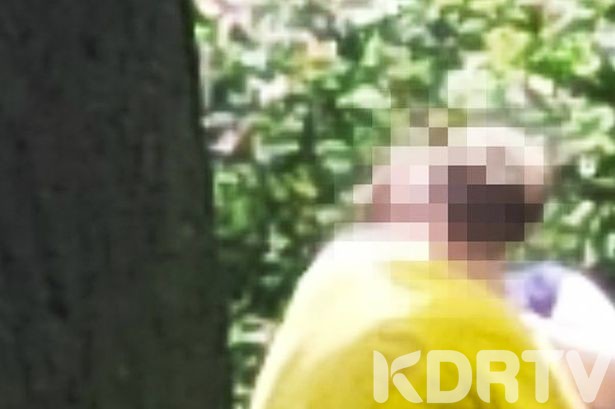 KDRTV News Minneapolis-The Clergy led by their President in Minnesota distances itself from the online video that allegedly claimed that one of them shared a nude Video online to his lover as published by KDRTV News.

The story was based on the informers first hand information who saw the video online which saw an elderly man performing gross sexual actions which cannot be printed in the media in his bathroom/bedroom which which shocked the African Community in Diaspora far and wide and was shared on online in several social media platforms and therefore erred by linking it to one of the serving Pastor’s in Minneapolis whom they claim resembled a certain serving Pastor in Minnesota of an East African origin.

In a strongly worded counter the Clergy have since distanced themselves from the video and condemned the people who shared the video and by linking it to a certain pastor in Minneapolis. The clergy who called KDRTV News Desk to condemn the incident which they claim was created to malign the good character of the clergy.

They went ahead to claim that some of the community members have located the originator of the video who has duly accepted that it’s him who sent the video to a funeral funds drive group on WhatsApp. KDRTV News is yet to verify the information from the originator because the alleged perpetrator is not picking phone calls made to him by the KDRTV Crew  in order to deny or confirm or clarify this information and categorically apologize to the clergy on any harm the article caused them.

PRESS RELEASE BY THE PASTORS FELLOWSHIP IN MINNESOTA

On October 20, 2020, KDRTV, a regular news and information source for the Kenyan community in Minnesota, published an article entitled, “A Kenyan Pastor In US erroneously Sends His Faithful A Compromising Bedroom Video Meant For His Side Chick” on its platforms.

In the article, it is alleged that the video that was circulating on social media was recorded by a serving pastor who sent it to one of his members by mistake. As a community that is deeply rooted in faith, Kenyans were in an uproar upon this news.

The entire East African community across the world have since weighed in on the perceived transgressions of the said pastor. KDRTV went on to state that the “pastor is cursing the social media for exposing his private life.”

Kenyan pastors in Minnesota have a divine responsibility to shepherd, support and breathe life into our community. Through our vibrant pastors’ fellowship, we continue to support each other in service to all our congregations and their faith needs.

Naturally, the report of one of our own involved in the KDRTV feature article demanded of us thorough due diligence on the matter. As such, we have conducted our own investigation and have come to the conclusion that everything that is alleged concerning one of us is baseless and completely false – an example of the negative and reputation shattering power of FAKE NEWS.

As a result, we wish to offer the following observations:

First of all, there is no one among our pastors whose appearance fits the physique of the man in the video as much as others have tried to falsely link one of our devoted pastors.

Second, if KDRTV had conducted even a simple investigation, the media house would have discovered the origin of the referenced video which is now public knowledge and that it DOES NOT involve any of our pastors. Consequently, the story can only be described as a figment of one’s imagination.

Third, the allegations in the article are not consistent with the behavior of our faithful but perhaps are an unfortunate reflection of issues that need to be addressed in our community. Confronting this and other matters ought to occupy our collective consciousness about what is right, just and worthy of a strong values based community.

Finally, this baseless and false allegations have tarnished the reputation of one of us. And, as a pastors’ fellowship, we condemn these allegations in the strongest terms possible. We also demand that KDRTV and its principals expressly offer an apology and retract this defaming misinformation.

Specifically, we demand that KDRTV publishes our statement in a conspicuous place on their website and in each of their related social media handles where the said article and/or allegations have been published.

The Kenyan Pastors’ Fellowship in Minnesota