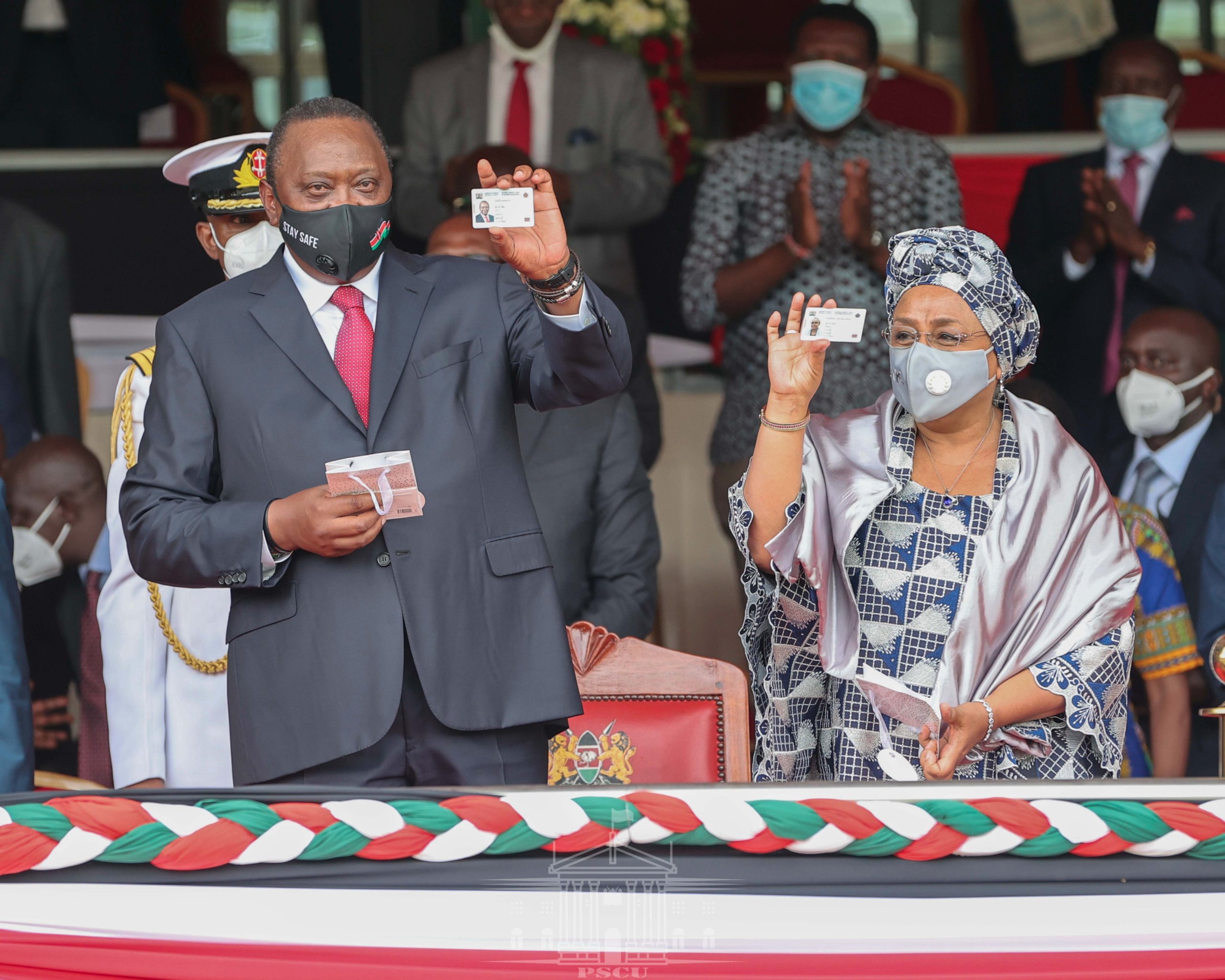 (KDRTV) – The Huduma Card is the biggest take away from the Mashujaa Day celebrations in Kisii County.

Interior CS Fred Matiang’i announced that the cards are now ready to be issued to Kenyans after more than 18 months since their biometrics were taken.

However, supporters of Deputy President William Ruto have questioned why there was no card for the second in command. Was it so hard for Matiangi and his team to prepare a card for Ruto and his spouse Mama Rachel?

Of course, we all know that the DP’s allies have sensationally claimed that the Huduma cards could be used to rig the 2022 election. But wasn’t this the perfect moment for Matiangi to issue Ruto with the card and wait to see if he would have declined it?

Fred Matiangi failed in a golden opportunity ya kumpatia DP William Ruto Huduma Namba card Leo akatae. They failed on that one. Who advises these people? ☺️

There have also been questions on why all the 10 recipients of the inaugural card were men. Are there no women in Kisii County? Coming at a time when the government is facing uncertainty over Chief Justice David Maraga’s advisory on the dissolution of parliament for failing to meet the two-thirds gender rule, Matiang’i and his team should have been sensitive.

Here are the FIVE men and FIVE women who are the first recipients of the Huduma Card in Kenya. It was handed to them by three men. Chief Justice Maraga was right to dissolve Kenya's parliament. Your holy politicians talk a lot, but actions speak louder than words.⚖ #HudumaNamba pic.twitter.com/6MZNBrIG29

There are still so many questions on the issue of Huduma cards.