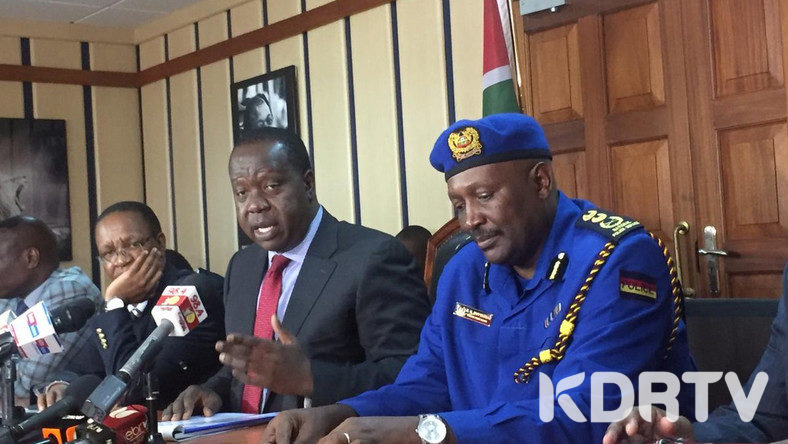 The Interior CS Fred Matiangi has ordered the Inspector General of Police to increase surveillance in DP Ruto’s stronghold of Rift Valley. This order comes  after the arrest of a number of top government officials from the region,  over the Arror and Kimwarer Dams. It is emerging, there are more impending arrests and as such the the police alert is expected to increase in coming days.

”The NSIS advice that the region is secured considering its history. So we have deployed sufficiently across in case of any violence,” said a senior police officer based in the Rift Valley regional headquarters.

On Monday, DPP Haji gave a hint of the state mobilization of security apparatus to the region saying it was informed by the nature of corruption to fight. Haji said, there are elements who are out to take advantage of the current situation, but assured Kenyans if such a thing happens, they will be met with full wrath of the state.

”Being cognizant that corruption always fights back and that there may be elements who may seek to exploit these indictments to instigate social unrest, we have put in place mechanisms to monitor any such attempts, which will be countered with the whole of government response,” he said

Earlier on when investigations into the two dams begun, DP Ruto went on an overdrive to rally the Rift Valley behind him saying the government was targeting him. He even went ahead the war on corruption had been bastardized and was a political tool ahead of 2022.

Subscribe to KDRTV Newsletter.   Advertise with us. Send us enquiries, press releases.

Subscribe to watch latests videos
In this article:Aror and Kimwarer Dam Scandal