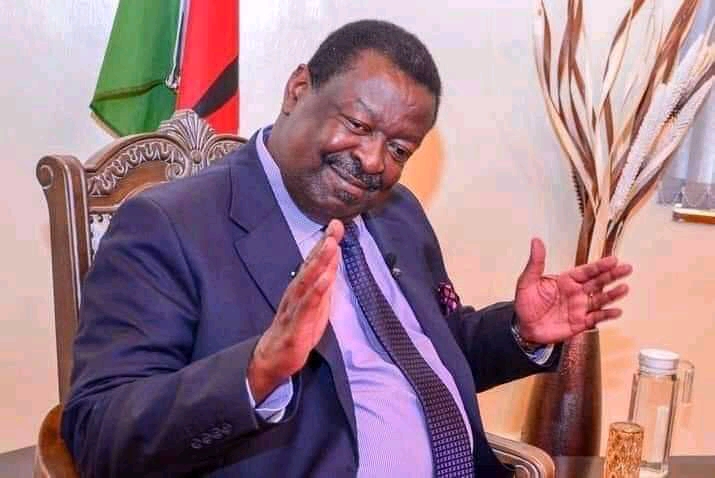 Mudavadi announced the untimely demise of his step mother, Mama Rosebella, on 24th November 2021, where she died peacefully in US. Mama Rosebella was the widow of the late Cabinet Minister Moses Mudamba, junior Mudavadi’s father.

“It’s with heavy hearts and profound sadness that we announce the death of Mama Rosebella Mudavadi, widow of the late Hon. Moses Mudavadi. My stepmother passed away peacefully on Wednesday, Nov 24, in Virginia, USA. May she Rest in Peace” Mudavadi announced her death on social media pages.

The head of state president Uhuru Kenyatta expressed sympathy with Mudavadi’s family citing that Mama Rosebella’s demise is not only a blow to Mudavadi but the entirety of the nation owing to her immense contribution to the prosperity of the nation.

“It is with a pained heart and deep sorrow that I have been informed of the passing away of Mama Rosebella Mudavadi. The demise of Mama Rosebella is not only a big blow to the Mudavadi family but to the whole nation of Kenya considering her immense contribution to our country’s progress over the decades” Uhuru mourned.

Uhuru also noted that Mama Rosebella was a political career groomer to her husband’s ambition, grassroot leader who played a critical role in mentoring the youths and underprivileged people in the society.

“Besides supporting her late husband’s long political career, Mama Rosebella was a successful grassroots leader, community mobilizer, and mentor in her own right,” Uhuru added.

This comes a day after Mudavadi turned down Raila Odinga’s presidential declaration invite at Moi International Sports Centre, Kasarani citing personal engagements. He revealed that the letter addressed him at personal capacity and not as One Kenya Alliance principal.