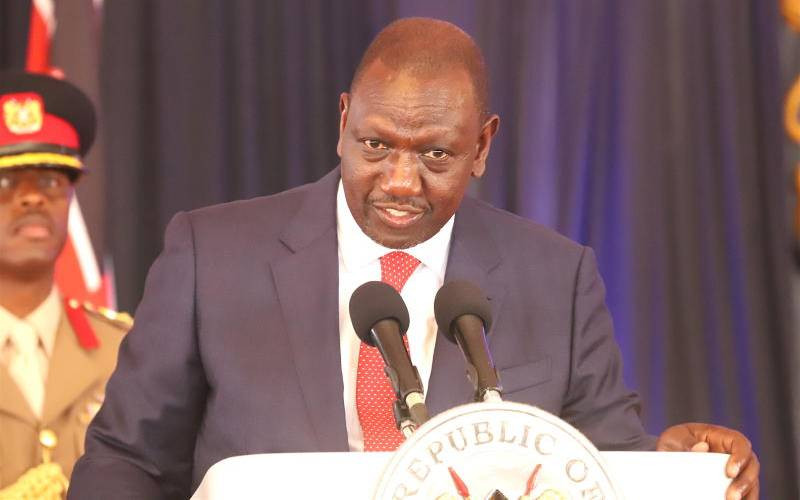 Speaking at the Kakamega State Lodge, the Head of State stated that he will also revive Nzoia Sugar Company as he seeks to expand employment opportunities for Kenyan youth and farmers to get a place to sell their produce.

“The government will pay all the debt for sugar factories. I will bring a new investor for Mumias and oversee the revival.I know all these people and issues. The current issues at Mumias cannot be allowed to continue,” the President said.

Ruto also said he will ensure that the nucleus land owned by Mumias sugar is well utilized for the benefit of Kakamega residents.

“Over the years the government has been pumping millions of shillings into the Mumias Sugar company but it still fails to run effectively,” he said.

“We have 8000 hectares of nucleus land owned by Mumias which the Kakamega people basically own. For years that we have had Mumias, apart from employment, the people of Kakamega have had no benefit. We have not built roads using the Mumias’ money, we have not built hospitals. We are going to change that.” He added.

Ruto’s remarks come at a time when the Uganda-based Sarrai Group is battling court cases after being kicked out of the sugar miller in April 2022.

Sarrai controversially won a 20-year lease tender in December 2021 after a bidding process that excluded higher bidders from the investment venture.

Mabeya named Kereto Marima as the new administrator of Mumias Sugar Company and directed Rao to hand over control of the company to Marima.

“It would have been essential to even have a pre-evaluation of Mumias which would have informed a result price that would have achieved the purpose of paying off Mumias debts and release it from receivership and administration,”

“The manner in which the leasing process was handled did not tally with what was expected of him as an administrator.” the Judge ruled.

Also Read: Ruto Apologizes to Atwoli Over His Harsh Remarks During the Campaign Period