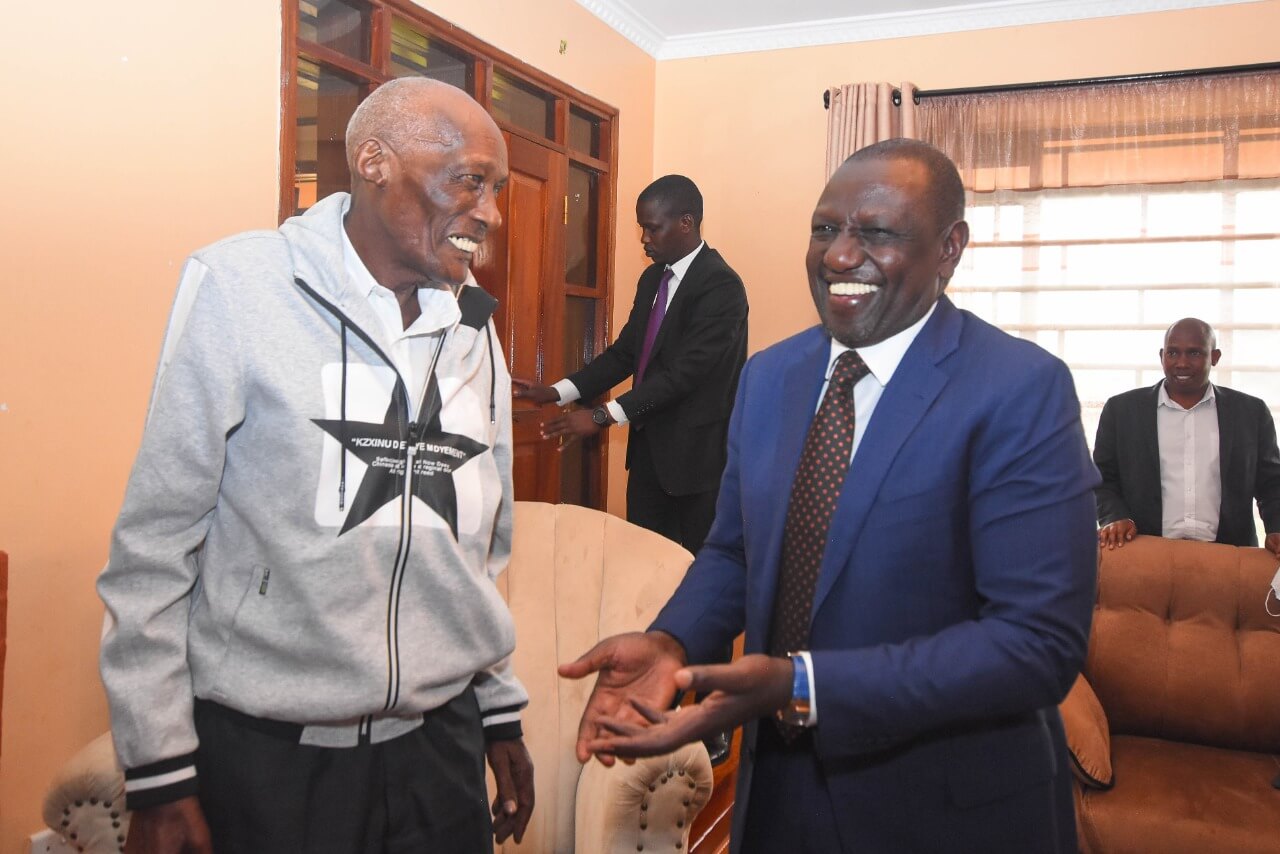 In a message shared on social media, Ruto said he had wished shared a cup of tea with the former politician and wished him good health.

Visited Mzee Jackson Kibor, a prominent farmer, at his Elgon View residence in Uasin Gishu County; shared a cup of tea and wished him well. pic.twitter.com/eXG4LAk7jl

Kibor has been in the limelight for all the wrong reasons after divorcing his first two wives in recent years.

The old man, in court papers, accused his wives of cruelty and denying him conjugal rights.

He also threatened his sons with a gun over a land row as the old man accused them of trying to take his property.

Away from that, Kibor is a respectable elder having served as a Councillor within Uasin Gishu in the Moi era.

He was a close ally to the late President Daniel Arap Moi.

He once recounted a Fallout with Moi which affected his businesses.

By visiting Kibor, Ruto could be reaching out to senior Kalenjin Elders to seek to their wisdom as his Fallout with President Uhuru Kenyatta reaches feverpitch.

DP Ruto in Baringo:
"When did it become a crime to be a friend of Deputy President William Ruto?"#TV47News pic.twitter.com/tVqFRcXypy

Ruto, on Saturday, admitted that there are plans to kick him out of government.

Speaking at a rally in Kabarnet on Saturday, Ruto questioned why he was being pushed out of a government he helped form.

KDRTV reported here that State House is at contemplating appointing a new Vice President to counter the DP.

Uhuru himself has publicly asked the DP to Resign from government.