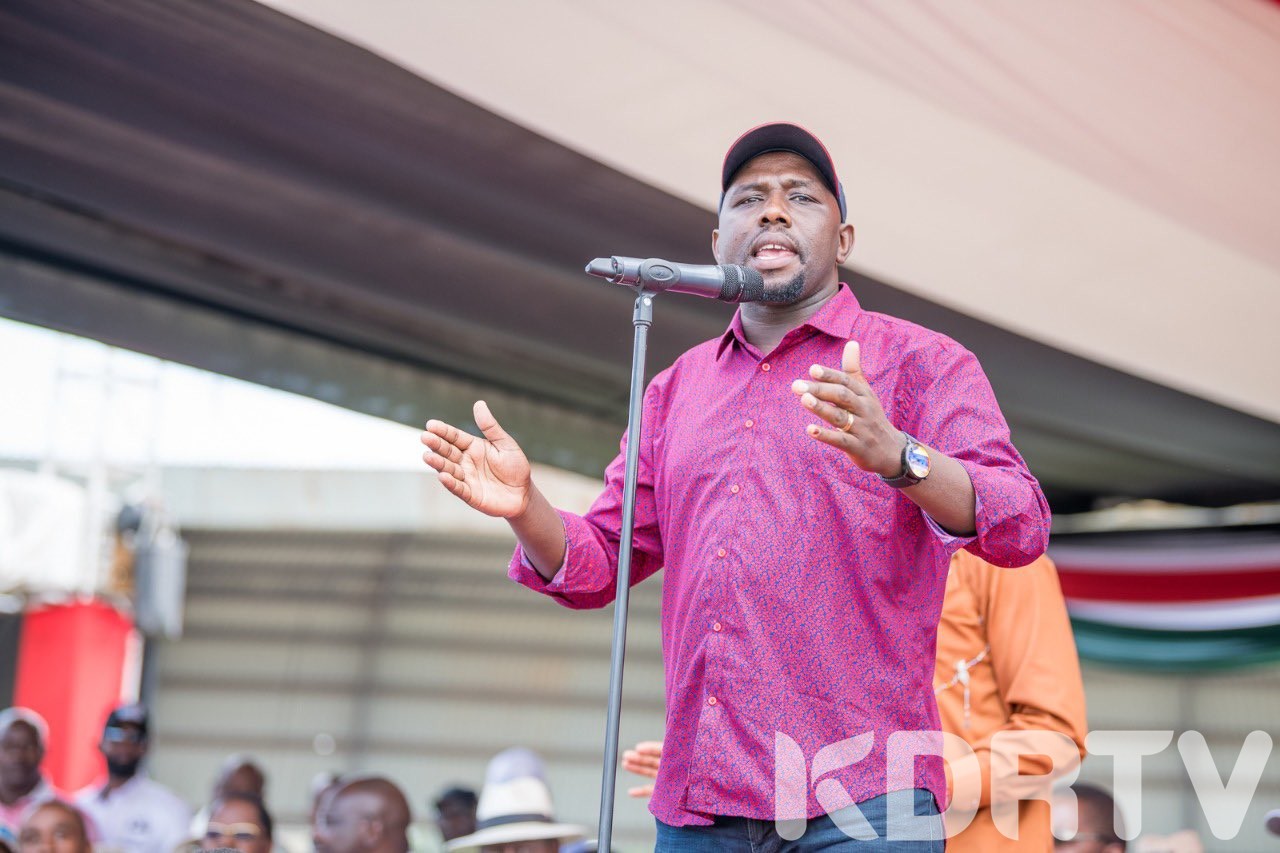 Appearing on Citizen TV’s #NewsNight with Wahiga Mwaura, Murkomen said he had spoken to the DP that afternoon.

‘I spoke to him today and he told me that every great person must go through fire,” Murkomen said.

The journalist had asked him about the DP’s thoughts.

Ruto reminded the Elgeyo Marakwet Senator about his own tough times during the ICC case at the Hague, the 2013 elections and the lobbying that followed for the charges to be dropped.

This was also during a very difficult time for the country as Al Shabaab terrorists launched a series of deadly attack.

According to Murkomen, what he is going through is nothing compared that.

Senator Kipchumba Murkomen on DP Ruto’s message to him after his ouster as Majority Leader #NewsNight pic.twitter.com/m0gYOkgAdt

However, Wahiga Mwaura quickly pointed out that Murkomen’s woes are coming from within his own party and Ruto should have spoken to President Uhuru Kenyatta to just overturn the changes.

It is in the public knowledge that Jubilee is a house on fire and the President and his deputy are in a vicious battle over the control of the party.

Murkomen and his Nakuru counterpart Susan Kihika are just collateral damage in this battle.

It is not clear how Ruto plans to respond to the latest moves from the President Uhuru.

Should Ruto resign and formidable opposition to the government or should he soldier on as the DP despite the humiliation?