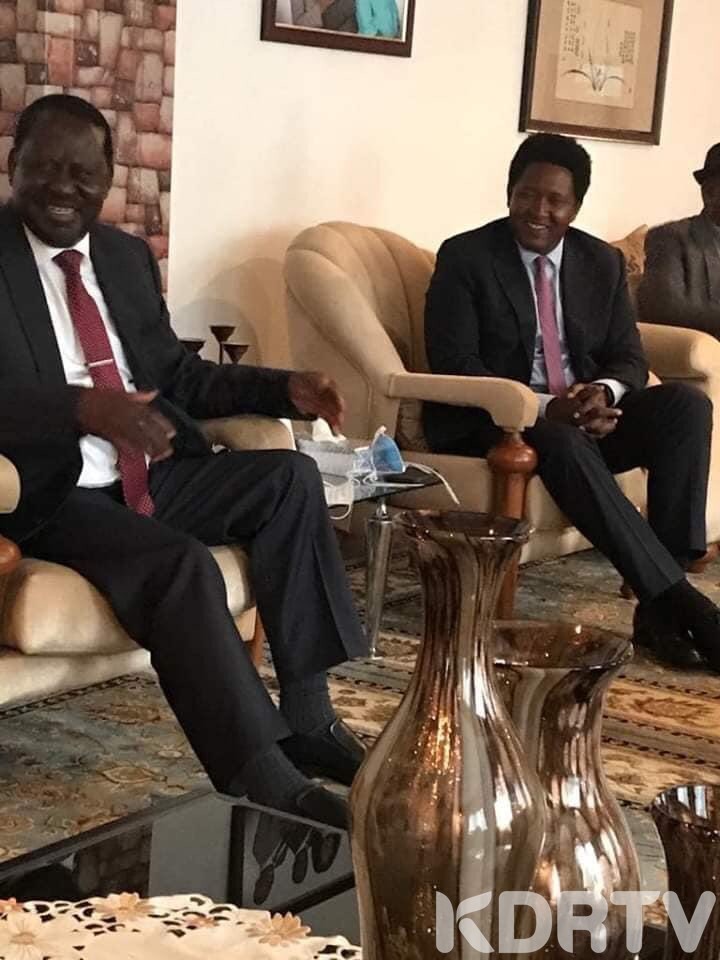 Ledama met Raila at his Karen Home on Tuesday where he agreed to step down from his position as the County Public Accounts and Investments Committee (CPAIC). He also agreed to withdraw the case he had filed against the party.

Senator @ledamalekina has this morning agreed to withdraw the case he had filed against @TheODMparty over the Senate Public Accounts Committee chairmanship, surrendered the seat and apologized. In return I’ve instructed the party to reverse the decision to dewhip the Senator. pic.twitter.com/SdFZWT5QIm

In a message shared on social media, Raila said that he had instructed the party to reverse the decision to dewhip the Senator.

KDRTV now understands that the Maasai Warrior is likely to be handed the Senate Minority Whip in the coming days.

Last week, Ledama was one of the 54 Senators who voted to impeach Senate Deputy Speaker Kithure Kindiki.

And that move could have worked in favour of Ledama as Senate Minority Whip Mutula Kilonzo Junior is being considered for the vacant position.

In normal circumstances, the role would have gone to Jubilee due to their tyranny of numbers in the house. However, these are extraordinary circumstances as a section of Jubilee lawmakers have teamed up with the opposition to stop Tanga Tanga.

“I want to assure my party leader that despite all the rumours you are getting, I’m loyal to the core…” – Senator Ledama Olekina #KindikiOuster pic.twitter.com/VmXqNs0mU3

The new alliance was evident in the Ouster of Kindiki. And now role of Deputy Speaker is likely to go to the opposition, a move meant to strengthen the new partnership.

Senate Speaker Ken Lusaka has gazetted the vacant position of his Deputy and asked members interested in the role to deposit their credentials with the clerk of the house.

Senators will vote for the new Deputy on Tuesday next week.