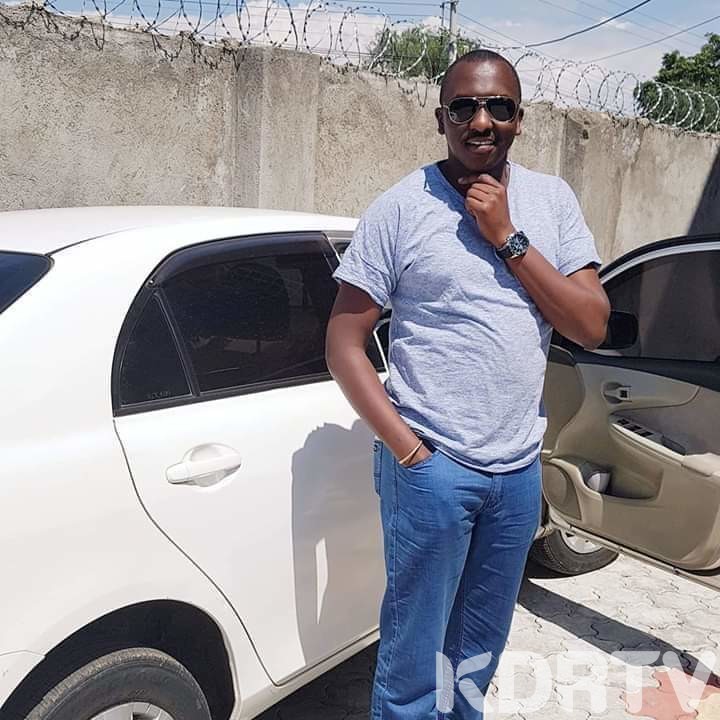 (KDRTV) – Murdered Police Sergeant Kipyegon Kenei had a lot of money with him on the night he was killed, his close friend has revealed.

Kenei, an officer who worked as a guard in Deputy President William Ruto’s Harambee Annex Office, was found dead in his apartment at Imara Daima Estate on February 20.

The Standard newspaper tried to get to the bottom of the gruesome murder and revealed that the officer lived a flashy lifestyle which could not be sustained by the salary of a police officer.

A friend who studied with Kenei at the National Police Training College told the publication that Kenei had a lot of money on the day he was killed.

“It seems the killers took the money,” the unnamed officer said.

Another colleague claimed that Kenei was not your usual policeman. He was sent to numerous trips abroad by powerful people and that his death could have been related to these trips.

“I won’t be surprised if his death is connected to many of the deals he was involved in,” the officer alleged.

Another colleague advised the Directorate of Criminal Investigations George Kinoti to investigate Kenei’s passport if they want to get to the bottom of what the killed the officer.

“Therein lies crucial information to those investigating his death. They should find out where he flew to, the purpose of the trips, and the individuals he met,” the third officer reckoned.

During the investigations, it also emerged that Kenei had a well-furnished three bedroom official residence at the Shauri Moyo Police Station. It is not clear why he stayed in a Servants’ Quarter in Imara Daima. What was he hiding from?

“I know he had a house in Shauri Moyo. On several occasions, he dropped me along Jogoo Road while heading to the camp,”  the source said.