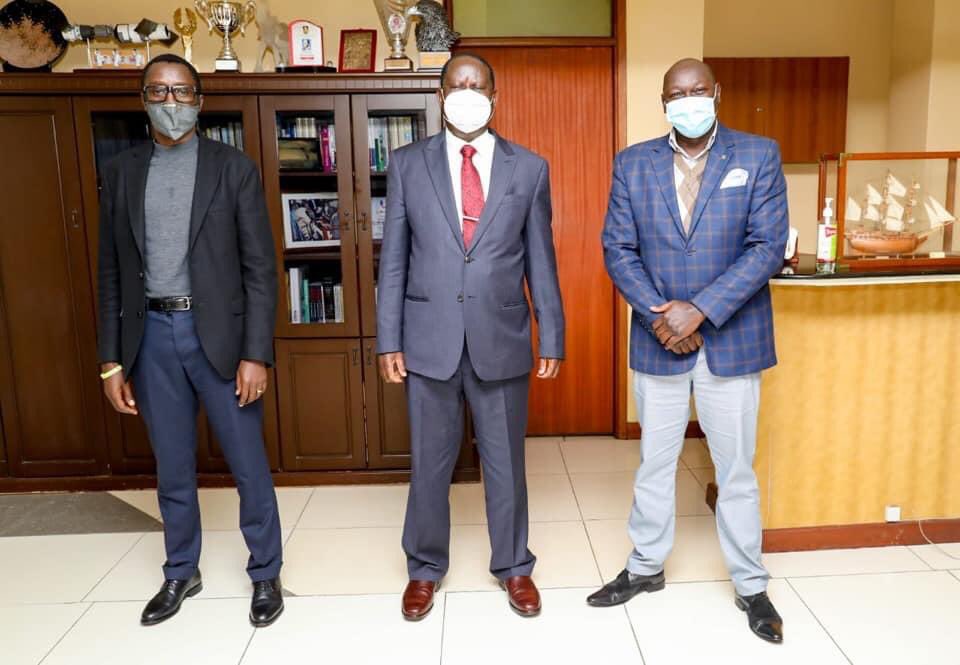 Raila said he had met the two politicians on Monday. The former Prime Minister did not reveal the agenda of the meeting but there is no doubt that 2022 politics and the BBI report dominated the discussions.

Both Buzeki and Kuttuny have never hidden the fact that they don’t approve of Deputy President William Ruto’s presidential ambitions.

Kuttuny is one of the proponents of the anti-Ruto brigade in Rift Valley and has attended all the BBI reports before they were curtailed by COVID-19. Kuttuny also hosted Raila at the retirement of his mother in law in Elgeyo Marakwet in June last year.

Buzeki was once a key ally of the DP in the run-up to the 20117 elections. The two are believed to have fallen out after the businessman lost the Jubilee Primaries to Uasin Gishu Governor Jackson Mandango. Buzeki ditched Jubilee and ran on an Independent ticket but still lost the elections.

Last year, he announced that he had decamped to former Bomet Governor Isaac Rutto’s Chama Cha Mashinani (CCM). He became the party’s Secretary-General. CCM has been working with KANU as an alternative to Tanga Tanga.