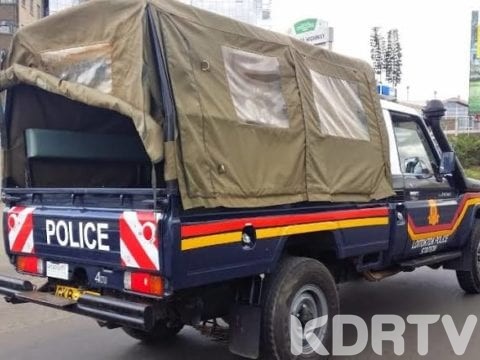 A police Land Cruiser which was reported to be missing at Shauri Moyo Police line has been found in Mwingi after one of the arrested police officers led detectives to where the vehicle was being kept.

The Land Cruiser, GKA 024V which is owned by the transport pool, Jogoo House, was driven to Nairobi

According to the investigation, Flying Squad boss Musa Yego stated that administration police officers were arrested for stealing the police vehicle on Tuesday, December.

The incident stirred hilarious reactions from Kenyans on social media which a section urging the Directorate of Criminal Investigations (DCI) to arrest senior officers.
Subscribe to watch latests videos
In this article: