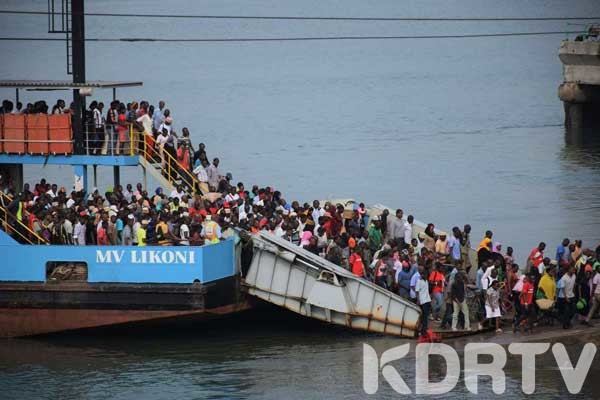 Likoni Crossing Channel in Mombasa has in the past two weeks hit the headlines after several decomposing bodies that are suspected to belong to either victim of suicide or murder were discovered there.

Over the past two weeks, at least cases have been tendered at the various police stations of people being murdered and thrown into the channel, or people who commit suicide by leaping into the channel.

Reports have indicated that some people have been rescued of attempted suicide at the 500-meter channel.

In the most recent case, on December 9, a decomposing body of an unidentified man was discovered after being washed ashore on the island of the Likoni channel.

The remains of the man who is believed to be aged between 30 to 35 were recovered by fishermen at Florida, near Mama Ngina Waterfront.

A witness reported that the corpse was found with a missing left arm, however, the police reiterated that that could be due to staying in water for a long time.

The incident occurred barely a  day after a clearing and forwarding agent, John Mutinda, 46, died after driving into the Indian Ocean on the Channel last Saturday.

Mutinda plunged into the Ocean through the mainland side of the channel after an alleged disagreement with his wife Ruth Mueni.

Reportedly indicates that the man had threatened to take his life on several incidences.

“I am the one who handled the case. I summoned the man here after his wife had reported him over assault and disturbance, but after interrogations I learnt that their case had started in Likoni and I ordered them to go report it there,” said the officer whose name could not be revealed because he is not allowed to speak to the media.

Another incidence was reported on December 6 when a body was found though with a missing hand and left leg.

By the time the police talked to the press, they were yet to identify another body of another man who committed suicide by jumping off a ferry.

According to the Kenya Ferry Services, the man was not in his right senses

KFS has also been on the receiving end after the death of a woman and his daughter whose car slid and plunged in the ocean on September 29.