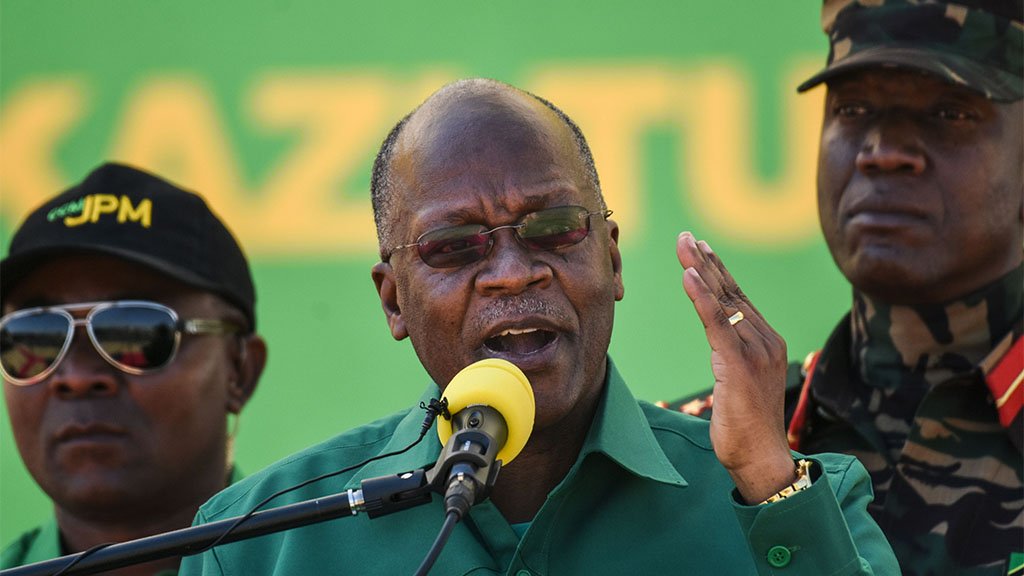 (KDRTV) – Social media is awash with reports that Tanzania President John Pombe Magufuli is admitted to a Kenyan Hospital.

Magufuli who is said to be in a critical condition has not been seen in public for weeks. This has led to many unconfirmed rumors about the President’s state of health.

Tundu Lissu, an opposition figure in Tanzania, questioned why citizens have not been informed about the President’s State of health.

The President’s well-being is a matter of grave public concern. We’re informed when Kikwete had prostate surgery. We’re told when Mkapa went for hip replacement. We’re not kept in the dark when Mwalimu fought leukemia. What’s it with Magufuli that we don’t deserve to know?

And now, several sources on social media have reported that there is heavy security at the VVIP wing of a prestigious hospital in Nairobi. The security point at the presence of a very big patient.

BREAKING NEWS: Tanzanian President Magufuli is said to be seriously ill. I heard from 2 different sources days ago that he has COVID but wanted to avoid hospital given his stance it is not that bad. So don’t expect the government to be forthcoming with info … #COVID19 #magufuli https://t.co/w543mgppAZ

There are also rumors that in fact, the President who won his second term in October last year, could be battling the dreaded COVID-19.

Magufuli has made international headlines for downplaying the virus, arguing that God has cured his people. He refused to put in measures to contain the virus and even declared Tanzania COVID-19 free in April last year. He has also discouraged his people from taking vaccines.

He has been severally quoted by the media, making fun of Kenya’s COVID-19 containment measures.

However, there is a concern about the number of high-profile deaths witnessed in Tanzania in the past several weeks. The Tanzanian Ministry of Health has also advised citizens to use traditional methods to contain a certain type of cold.

Covid-19 seems to be wreaking havoc in Tanzania.

President John Pombe Magufuli is rumoured to be admitted at the Nairobi Hospital.

Here is an unwell Philip Mpango, his finance minister, addressing a presser at the Benjamin Mkapa Hospital, Dodoma.

He doesn't wear a mask. pic.twitter.com/BmO3lQDHPZ

Subscribe to watch latests videos
In this article:John Magufuli, Tanzania