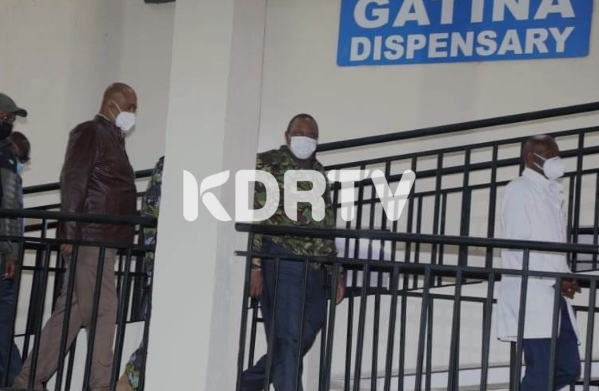 The president started off in Kangemi where he officially launched the Gichagi-Kangemi hospital, a facility that will serve the people of Kangemi and its environs. 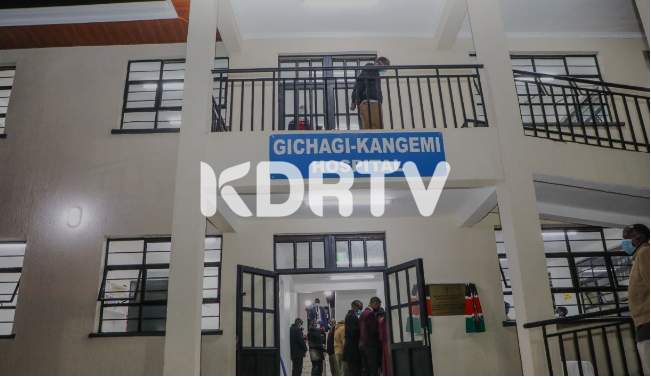 He was later spotted in Mukuru Kwa Rueben in Embakasi where he opened the Rueben Health Centre.

Other Health facilities that were officially launched are; Gathende Dispensary in Dagoretti North,Tasia and Gatina Dispensary.

Explaining why he did the launch at night, Uhuru said that they wanted to observe the Covid-19 protocols and because of the hospital timings.

“We went at night becaue of two reasons; First, we wanted to be sure that we were observing the Covid-19 protocols and as you have seen for yourselves it would have been impossible to go and do what we did today during the day because of the number of people who could have been out there,”said the president.

“Second; we also discovered that Nairobi Hospitals open at 8 oclock in the morning and were closed 6pm in the evening. Meaning that those few Hospitals that were actually available within the city of Nairobi…if somebody got sick or was in need of medical attention it meant that if it was after 6pm the only facility they could access was Kenyatta National Hospital.”

Uhuru interacted with the employees during the launch and even did a surprise radio Interview at Rueben FM, a Community Radio station in Mukuru slam.

At Reuben FM 99.9 FM in Nairobi's slums, President Uhuru Kenyatta has surprised the presenters and listeners by walking there unannounced, did a random interview! They can't believe it!#UhuruOverworking pic.twitter.com/iy8u0znYBn