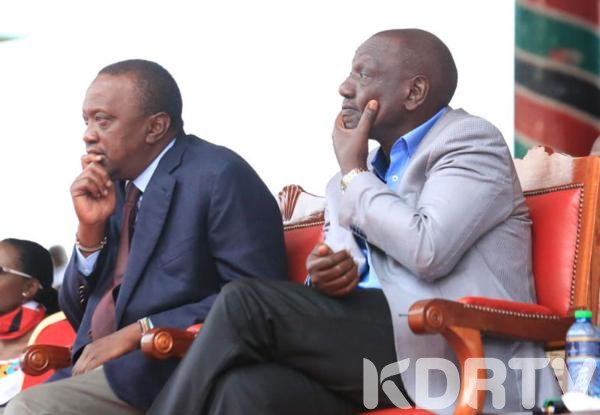 Deputy President William Ruto has been heavily mentioned in the Ksh 39 billion scandal after it emerged that Echesa had used his (Ruto’s) Harambee Annex office to strike the deal.

But Dena, who appeared on Milele FM on Tuesday morning. asked Kenyans not to speculate on the incident.

‘The President remains resolute in the fight against corruption which has intensified in recent months. So Kenyans should stop speculating and allow the DCI time to finish their assignment,” Kanze Dena said.

Let's wait for the truth to come out from the ongoing investigation by the @DCI_Kenya into the alleged military equipment scandal ~ @KanzeDena | #AlexNaJalas pic.twitter.com/IMv3TLXc5V

Yesterday, Ruto asked the DCI to expedite investigations and get to the bottom of the matter.

Through his spokesperson David Mugonyi, the DP said his office is co-operating with investigations.

“The Deputy President considers this a very serious matter involving a government office and being an issue that has recurred in many such offices, wants investigations expedited devoid of political and media propaganda,” Mugonyi said.

Echesa is accused of conning employees of an American firearms firm of more than Ksh 11 million after promising to help them secure a Ksh39.5 billion tender to supply military equipment to the Kenya Defense Forces.