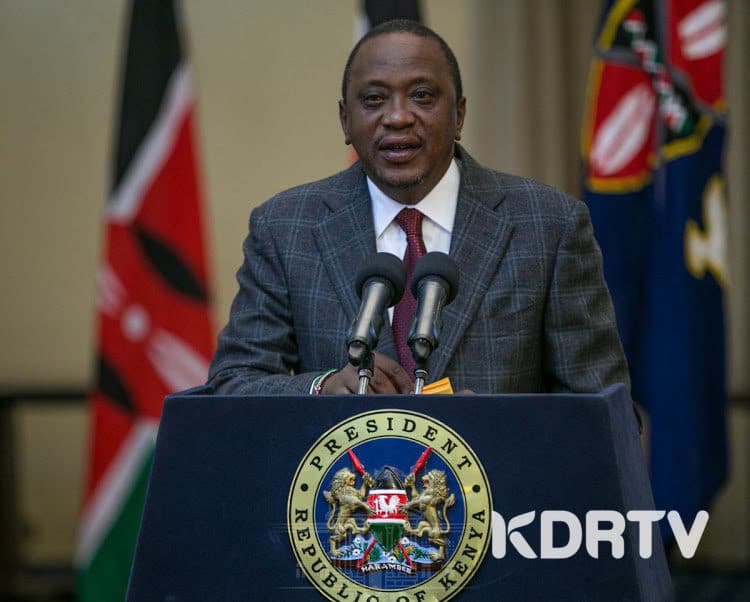 President Uhuru Kenyatta in past Briefing

The move by the president came barely a week after he met with his Deputy William Ruto.

Politicians and even supporters allied to DP Ruto welcomed the order however, they urged the President to punish the Cabinet Secretaries who have been attending the meetings in the mentioned Hotel.

READ ALSO:I have evidence that will shock the World on Deputy President Assassination plot

In a bid to stop the shimmering divide in the Jubilee House, the President gave a directive all government meetings “must be held within existing structures”.

Reportedly, the President has urged the Cabinet Secretaries to work within the Cabinet sub-committees and engage elected leaders in matters related to development.

According to sources within Jubilee, the directive made by the President was as a result of the meeting with his Deputy.

“It was one of their top agenda when they met last week at State House. It was a concern to them that the meeting was distracting the government. They had to make a decision; you will see more action being taken against some senior people in government,” a trusted source told the Star.

Earlier on, DP Ruto had mad claims that four Cabinet Secretaries from Mt Kenya had planned to eliminate him in a meeting held at Hotel La Mada.

President Uhuru thus said to have directed the National Intelligence Service (NIS) to serve him with the agenda of the meeting, and before Wednesday as reported by the Star, NIS briefed the President that indeed the meetings were not purely about development but about the succession politics of 2022, as opposed to what the CSs had said before.