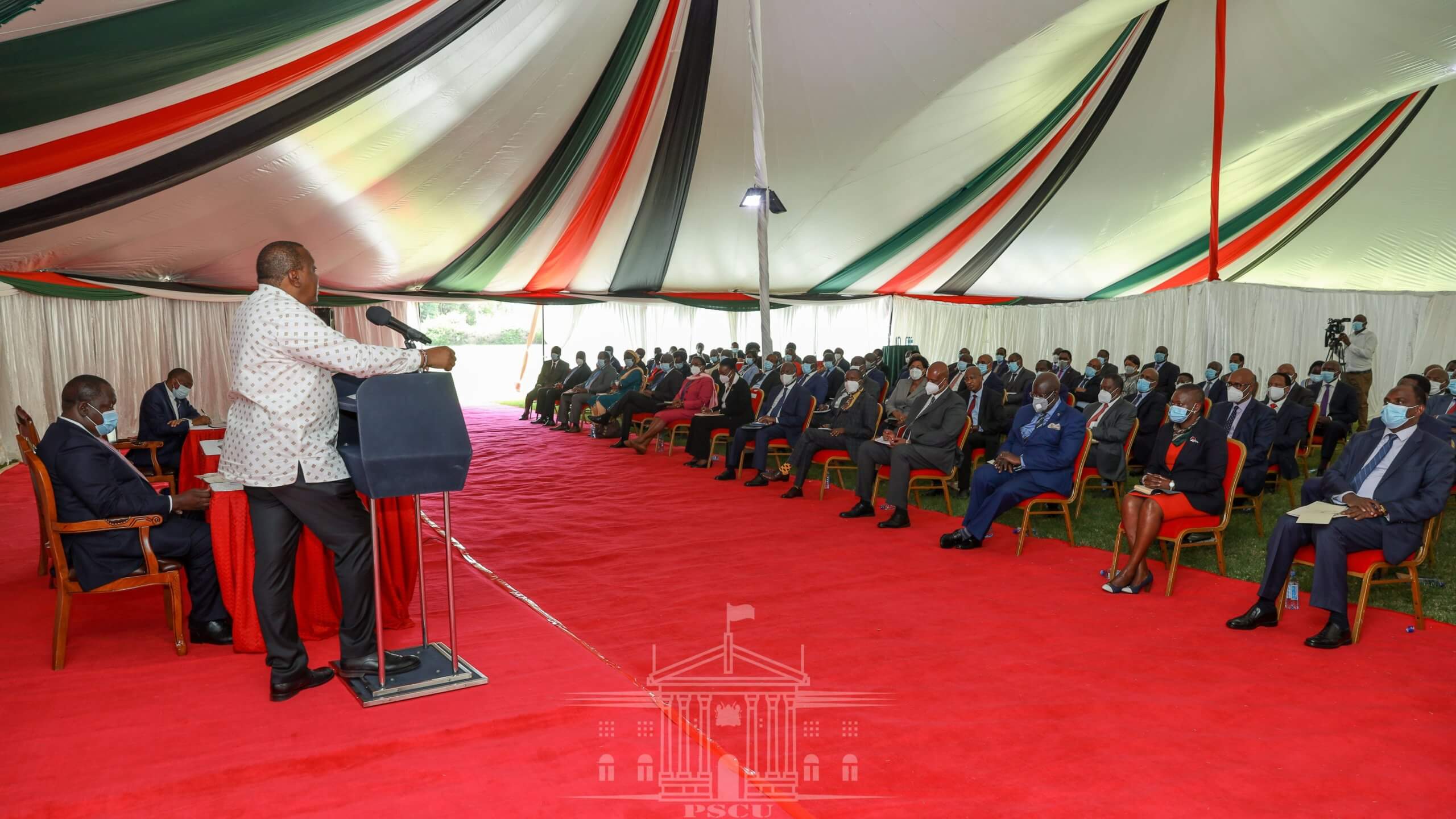 (KDRTV) – President Uhuru Kenyatta, yesterday, warned senior government officials who are not keen on working with him to resign and join their preferred political outfit.

In a message, many political analysts have interpreted as being directed to his deputy William Ruto, the President warned that he was ready to replace officers not loyal to him.

“He said he was only keen to work with a strong united team and warned those with their loyalties elsewhere that they were free to leave and he would readily replace them. He said it is either you are with him or not,” a source at the meeting said.

Though the meeting was to discuss the Big 4 Agenda, Building Bridges Initiative, and Vision 2030, it was overshadowed by the absence of DP William Ruto.

Those who attended the State House meeting intimated to a local daily that the President asked them to go to the grassroots and change the perception of BBI. According to Uhuru, the BBI proposals will unite the country.

Ruto’s office insisted that the DP was not invited to State House and worked from his Karen residence.

Last week, Uhuru dared his deputy to resign from the government instead of criticizing it when it matters and celebrating some of its achievements when it favors him. Ruto publicly fired back at the President, saying he will not resign.