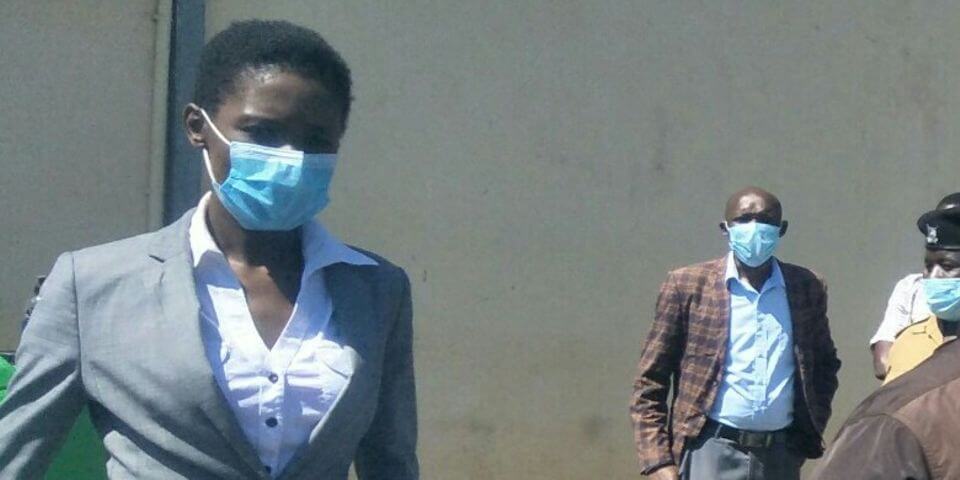 (KDRTV) – Embattled Migori Governor Okoth Obado continues to court controversy after being arrest alongside his four children for defrauding the County Government.

Netizens were left perplexed after one of the governor’s daughters, arrested alongside her dad, was caught on camera giving Kenyans the middle finger. The incident happened at EACC offices in Kisii on Wednesday where detectives had summoned the family.

This is an Obado. She behaves like a Sonko in those days. She's arrogant and shows Migori people "middle finger". "There is nothing you can do, we stole, we shall beibe and get freed". Kenyans should learn lessons. pic.twitter.com/Bf7fDMY8pE

Netizens have accused the girl of arrogance and an attempt to show the entire country that she in untouchable and will soon get out.

Obado is alleged to have used proxies to steal at least Ksh 73 million from the County Government of Migori. The Director of Public Prosecutions said investigations showed the money was wired to Obado’s three children abroad.

The DPP accused Obado of using public money to pay school fees, upkeep, maintenance, and medical bills for his children in Australia, Scotland, and the United Kingdom.

Migori is one of the poorest counties in Kenya with a high rate of infectious diseases like TB. The stolen money alone would have built a full-fledged level v hospital in Migori which would have benefited thousands of locals

Some of the other money was used to purchase a high-end building in Loresho, Nairobi. Obado’s daughter Evelyn Okoth was receiving rent from this house.  It is the same Evelyn who was giving Kenyans the middle finger.