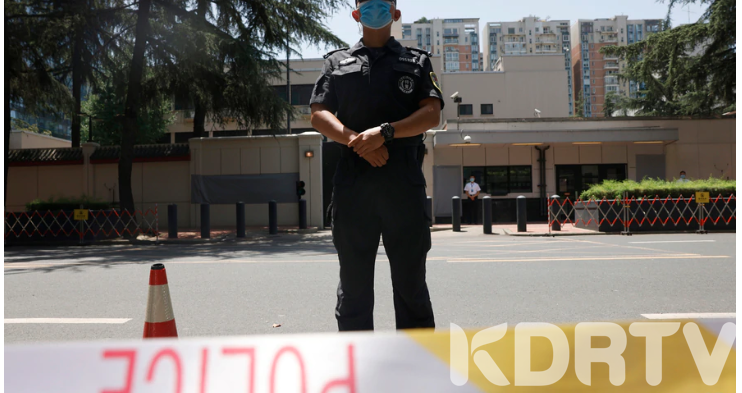 (KDRTV)-China has published that it has taken control of the former US embassy in the southwestern city of Chengdu; China made the move after the US closed its consulate a week ago in Houston, Texas.

A few moments later, a group of officials entered the building and took control over the premises

The US embassy in Beijing bid farewell to Chengdu outpost in a very respective video post on its Twitter, saying “We will miss you forever”

KDRTV verified reports that ahead of the closure, tight security was present around the consulate premises on Sunday as the US staff prepared to leave.

Before the closure of the consulate, China had claimed that some personnel at the Chengdu consulate were “conducting activities, not in line with their identities.”

According to foreign ministry spokesperson Wang Wenbin said that such activities had constrained Chinese affairs and interfered with security details of China. Chinese authority, however, did not give further details

China`s order for the closure of the Embassy was issued last Friday in retaliation for the US order to close the Chinese consulate in Houston Texas.

After the Chinese consulate was closed on Friday, some officials believe to be the US official broke into the premises through backdoor something that China breach international and bilateral agreements, and China would respond, without specifying how.