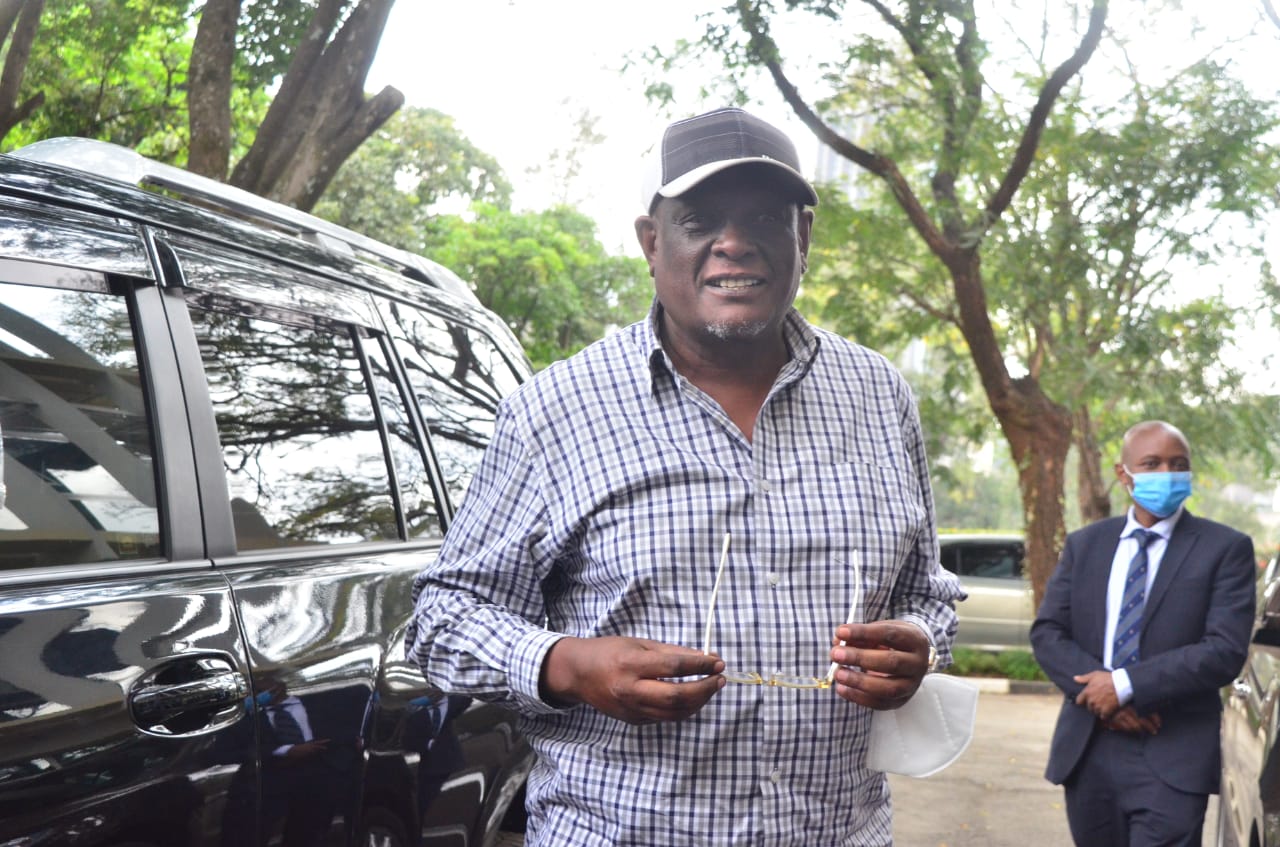 (KDRTV) – Jubilee Vice Chair David Murathe is currently being grilled at the Ethics and Corruption Commission over his involvement in the KEMSA scandal.

Murathe arrived at Madison Insurance House a few minutes past 3 PM in a black Toyota Prado. He was accompanied by two bodyguards. As the vehicle arrived, his bodyguard alighted and opened the door for the boss.

Journalists who were waiting at the scene were pushed aside to allow Murathe to access the building. He took a few minutes to chat with the journos.

“How you guys? mko sawa lakini? Where are your masks?” the politician asked as he entered the building.

Interestingly, he was also not wearing a mask. He had an N95 mask on his right wrist.

EACC wants Murathe to shed light on his association with Kilig Limited, a company that was awarded a Ksh 4B tender to supply PPEs to KEMSA.

According to information at the Companies registry, Kilig was incorporated in January this year and awarded the multibillion tender a few weeks later. Details show that the firm is owned by one Willbroad Gatei Gachoka, a close associate of Murathe.

For the Corruption barons & musketeers, Covidgate was a step too far for ME which, forced me to lay bare and naked the Gazebo Gangsters. Including David Murathe, Governor Kiraitu Murungi and very soon others to follow. Heartless, immoral
Merchants of Death
TG#TGtoMuratheKwaheri

In an interview with Citizen TV on Tuesday this week, Murathe revealed that they have done a lot of businesses with Gachoka but distanced himself from the KEMSA PPEs deal.

“We are consultants. We do a lot of consultancy services. We have consulted for various international companies. We are setting up a lot of businesses in the free and special economic zones and we also consult for construction companies in the country.”

“He (Gachoka) is my friend. He is my partner. I have known him since childhood. We are family friends since childhood. I partner with William on a lot of issues but i have not partnered with him on this one (KEMSA tender),” said Murathe.

Subscribe to watch latests videos
In this article:David Murathe, EACC