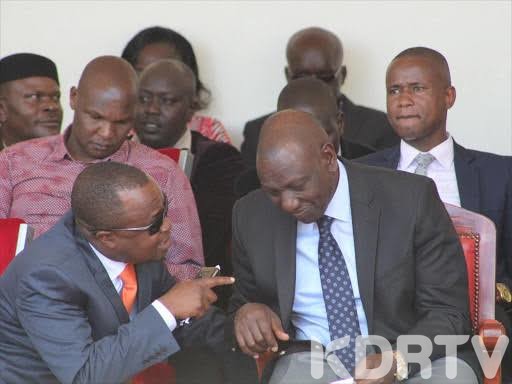 In a Parliamentary Group Meeting held on Thursday, the MPs voted to elect Tongaren MP in the same position.

Not very many people know Wamalwa outside Trans Nzoia County but that does not mean he is not influential. The MP replaced Devolution CS Eugene Wamalwa after the 2013 elections. Eugene did not defend his seat, with many people thinking that he would be going for the Presidency.

Ahead of the 2022 elections, there have been some huge political realignments in Trans Nzoia County as the race to replace Governor Patrick Khaemba hots up.

Read Also: Moi’s Grandson Who Might Be More Successful Than Gideon

In one camp, Eugene Wamalwa is believed to be eying the seat and has teamed up with Cherangany MP Joshua Kuttuny. Both are leading the anti-Ruto camp.

Trans Nzoia is a cosmopolitan county with majority of residents being Luhyas followed closely by Kalenjins. You cannot be Governor without support from the two communities.

Chris Wamalwa has never hidden his gubernatorial ambitions. He was to challenge Khaemba in 2017 Ford Kenya Leader Moses Wetangula and other party leaders somehow convinced him to wait until 2022.

The lawmaker decided in 2018 that only Ruto can help him become Governor and has been openly working with the DP.

But as they say, Ruto is a drowning man. Chris has decided to drown with him.

Trans Nzoia Senator Michael Mbito, who also harbours Gubernatorial ambitions has recently ditched the Ruto camp. Ruto may endorse the man who stood with him during a difficult time.

That is Chris. But will it be enough?