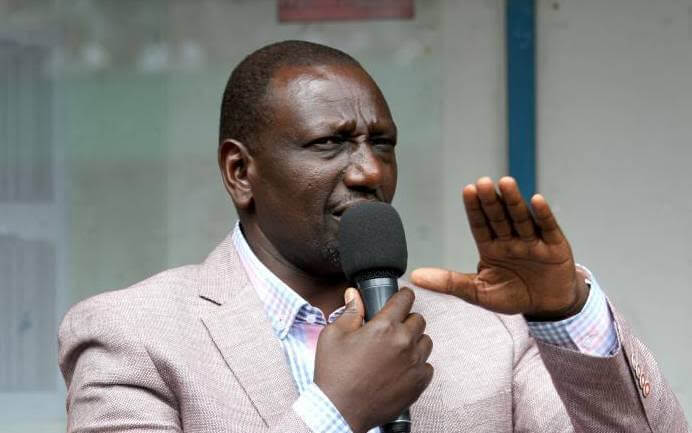 (KDRTV) – Deputy President William Ruto has insisted that Jubilee Government was on course to fulfill its promises until it was hijacked by the opposition.

He accused ODM leader Raila Odinga of joining the government through the handshake and changing priorities from Big 4 to the BBI.

The DP claimed that Raila and his party have been part of government for the past three years, controlling critical parts of Jubilee including taking over leadership of key committees in Parliament.

“They pushed their way into government using the handshake. They took over committees in Parliament. Three years down the line, they want to run away,” Ruto said in a meeting with Mandera MCAs at his Karen Residence.

“You came and changed the Government’s priorities from the Big Four agenda to alternative ones like the Building Bridges Initiative. Now, after you have failed miserably, you want to run away,” he added.

However, according to Ruto, all this changed as Raila came up with an alternative project – the BBI report.

Ruto said that the opposition cannot run away from the failures they have created because everyone knows what happened.

His sentiments come just a day after Raila accused the Jubilee Government of failing to fulfil its promises to Kenyans.

The former Prime Minister, while addressing Wananchi in Westlands on Thursday, pointed out the class one laptops project and job creating as some of the Jubilee lies.

Raila and Ruto are front runners in the 2022 Presidential race.

Raila Odinga and DP Ruto are the top contenders for 2022, but they each have a President Problem.

RUTO
How to distance himself from Jubilee failures and blame the president.

RAILA
How to blame the deputy president for Jubilee failures but leave out the president.

It seems the Jubilee development agenda, will be a key issue in the coming days.