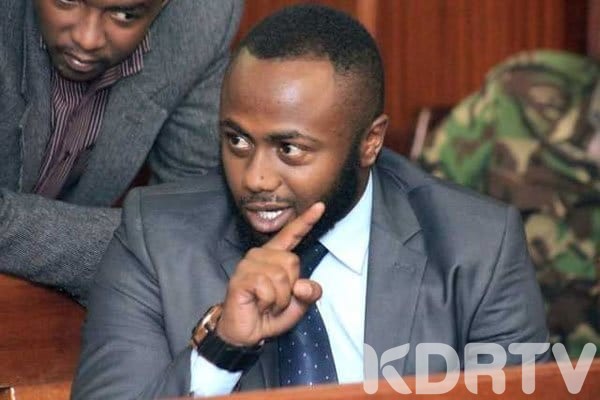 DNA samples confirms that Jowie was at the murder scene

DNA samples put Joseph Irungu alias ‘Jowie’ on the murder scene of the businesswoman Monica Kimani, who he is a suspect in her murder case.

Reports indicate that 73 DNA samples taken from the murder scene and was presented in court on November 20, 2019, by Government analyst Dr. Joseph Kagunda.

The samples include buccal swabs from two suspects Jowie and her ex-fiancee Jacque Maribe.

The samples further linked two ‘unknown’ individuals, a man and a woman to the crime scene.

“The DNA from the strapping in Monica’s house was of a mixed profile, the major contributor matching the profile generated from the blood sample labeled Monica with a random probability of match and a minor contributor is an unknown male profile,” said Kagunda.

Earlier on, on Tuesday, a witness named Lee Omondi, said to the court that Jowie was the last person seen with the deceased before she was found lifeless.

Omondi said he had gone to visit Monica at her Kilimani house after her arrival from South Sudan. She was in the company of Jowie and a neighbor called Walid who left shortly after.

Omondi said he left Monica and Jowie after having a brief chat.

“Joe is the one I left at Monica’s place the night she was killed. He described himself as a security person working with Interpol and at the Office of the President. He even offered to get me a firearm,” said Omondi.

“I thought I had overstayed and I reasoned it was good to leave. Jowie looked like someone who knew his way around the house. He knew the rooms and where everything was.”

Omondi said that that was the last time he saw his friend Monica and that when he tried reaching out to her through the phone the following morning, the calls were not answered.

He later learned that Monica was murdered on September 28, 2018.