More than 50 students will have to be hosted in Jomo Kenyatta University Of Agriculture and Technology hostels for the time being after a building they were occupying cracked. 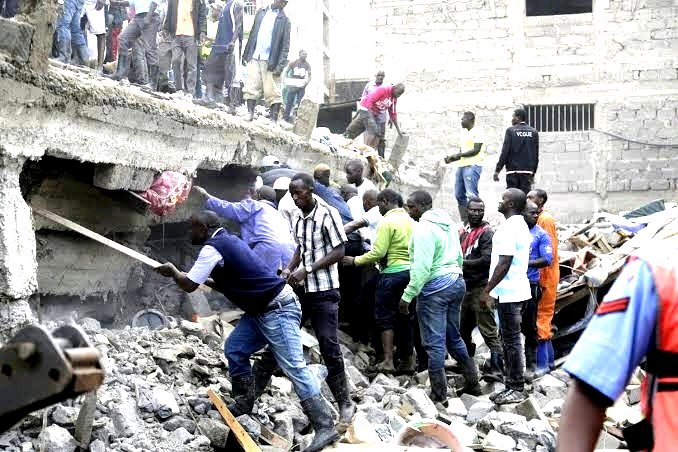 The children playing around alerted the people about the building showing cracks. Immediately, the students who were there promptly vacated the premises before the worst could happen.

Students have now lost their belongings of an unknown amount.

According to one student who has been there for a while, he narrated how all this started.

In a statement, he said:

“I have been in that building since January and about two weeks ago, they started to dig a sewage system. Cracks started developing at the gate making it even hard to lock. An engineer visited the building and advised that the flat could collapse anytime.”

Also read Yet Another Building Collapses In Kinoo

The Kiambu county government and the National Construction Authority (NCA) ordered the county engineers to safely bring down the building to avoid more damages.

The students are calling upon the Kiambu county government to come through for them.

However, this is not the first time the building collapsed in Kiambu county. Two weeks ago a building in Kinoo in the same county collapsed. According to the National construction authority, no inspection was done. Again in 2018, a five-storey building collapsed following heavy rains.

No casualties were reported.

Subscribe to watch latests videos
In this article:Kiambu, Kiambu County