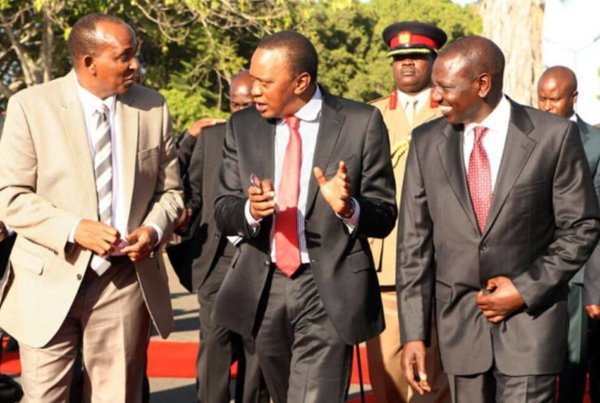 (KDRTV) – Former National Assembly Majority Leader Aden Duale has come out strongly to beseech President Uhuru Kenyatta to try and salvage the Jubilee Party which is currently in ICU.

The Garissa Town Member of Parliament who is a close confidant of the Deputy President, William Ruto has hinted that there is likely to be a mass exodus of members from the party who will then form an even more powerful political outfit.

He told The Standard Newspaper that the current ruling party might experience what Kenya African National Union (KANU) experienced in the year 2002 when the National Rainbow Coalition was formed. The party then swept almost all the leadership positions.

“If the Head of State will not salvage the ruling Jubilee Party, then the 2002 kind of scenario is likely to play out. It will be like what happened to KANU. I can assure you a mass exodus by leaders who will form a new and more powerful outfit. I urge Uhuru Kenyatta to rescue it. The president can leave a legacy of leading the largest united and cohesive party called Jubilee,” Duale was quoted saying.

READ ALSO: DP Ruto’s Strong Message To Tuju Following His Proposal To Expel Him From Jubilee

The outspoken MP seems to regret why they had to merge their United Republican Party (URP) with TNA to form the current Jubilee at Bomas of Kenya. He said that if he knew what was to come, they would have never done it.

Duale revealed that he had his own doubts about dissolving their party that had over 170 Members of Parliament distributed in 44 of the 47 counties of Kenya.

“In fact, I had my own reservations about dissolving the United Republican Party. But Uhuru Kenyatta and William Ruto managed to convince me. Our party had grown and managed to have elected leaders in 44 of the 47 counties of Kenya. I really regret the decision of merging our parties,” added Duale.

Do you think Jubilee will survive up to 2022?